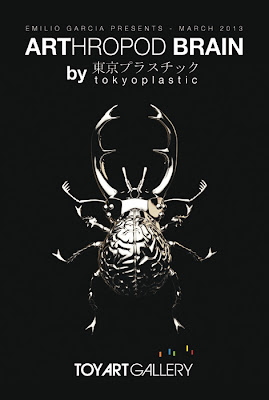 Emilio Garcia is obsessed with the human brain.  First he added frog's legs to one and created the Jumping Brain.  Then he made a skull out of a brain.  Now, he is making bugs out of brains.  While that may be an over simplified description of his work, it does give you an idea of what will be on display at his new art show.

Opening tomorrow at Toy Art Gallery in Los Angeles, ARThropod Brain will feature tons of 2D and 3D representations of his love for the organ of thought.  Good thing he wasn't a hug fan of the liver, because that just wouldn't translate well. 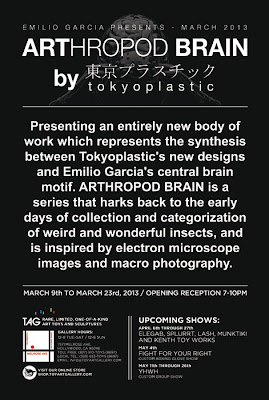 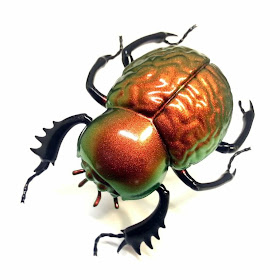 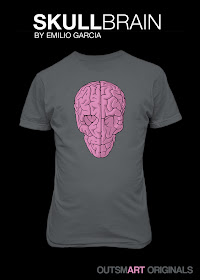 To commemorate the opening of the show, Outsmart Originals have created this Skull Brain t-shirt.  They will be making their debut at the gallery and hopefully be offered for sale afterwards to those of us that cannot attend.