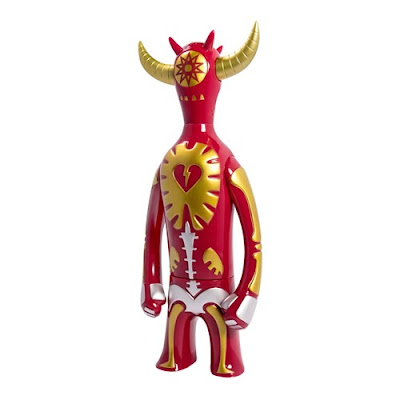 At first I thought this dude was a "Moonghost" and I was thinking how that would be the most boring place anywhere to be a ghost.  There hasn't been anyone to haunt for decades and there's absolutely nothing to do but sift through the dust for treasure that isn't there.  The only worse place to haunt would be those steam rooms where gross dudes sit around in towels and complain about their tax incentives or whatever sweaty rich people talk about.  At that point who's haunting who, am I right?

Ok, so this is actually a "Monoghost" and as you can see his looks make me think he still could be some sort of alien spectre.  You can quiz him about life on the other side yourself when he's made available from Super7 today, Wednesday October 26th, at noon pacific time.  Get him at www.super7store.com.

Email ThisBlogThis!Share to TwitterShare to FacebookShare to Pinterest
Labels: Super7