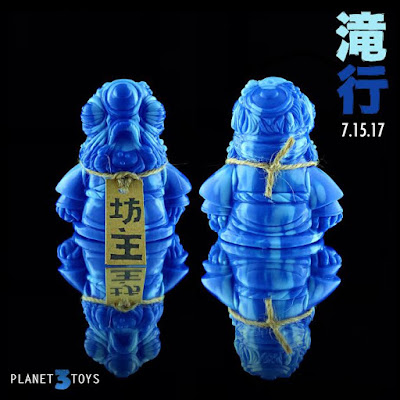 I learned today that Takigyo is a Shinto purification ritual that is done through meditation under a waterfall.  It is similar to the ritual I do under the shower every morning called "try and build up the strength to deal with crazy people at work."  I should probably come up with a shorter name for it, but as great as the English language is it does have its limitations.  Now the German language, that's something to behold because they have words for just about any situation one might find themselves in.  I don't know any of them off the top of my head, but say that I fell off of my donkey while on the side of a mountain and rolled into a wasp's nest.  Undoubtedly the Germans have one single word that would sum it up so we could all move on with our lives.

Planet 3 Toys is celebrating the one year anniversary of their Bozu figure's debut with this marbled Takigyo edition.  You know I love marbled vinyl, so I am crushing hard on the different tones of blue.    Standing three and a half inches tall and complete with a hand made tag, this little dude will retail for $30 each plus shipping when he goes on sale this Saturday (July 15th) at 10am pacific time from Lulubell Toys. 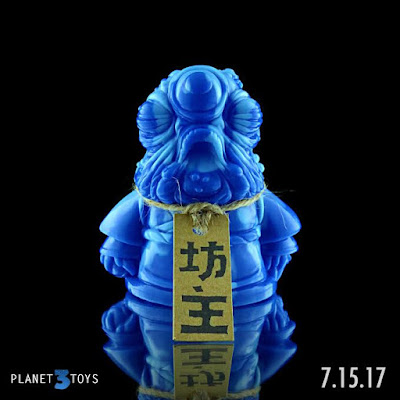