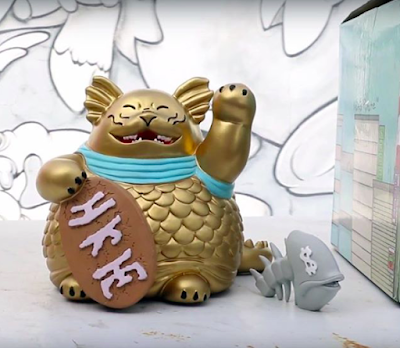 One of my cats got sick this week with a bit of abdominal distress and had to go to the vet.  He complained the entire way there to the point that it sounded like his meows were honest attempts at speaking English.  It seemed like it would be as much torture for Sharon and I as it would him, but that was until every woman at the vet's office fell in love.  From the receptionist to the tech he had found himself in the harem of his dreams.  The tech was his favorite of the bunch, and she was so smitten with him I expected her to take off her wedding ring and move into our home so they could be together.  He was hamming it up the whole time too, rubbing against her and purring.  He was so happy that he didn't make a single noise on the way home as dreams of his new girlfriend kept him occupied.  Thank God he's been fixed or we might have had a real problem.

Had he still been the whole man he was born, I'm sure my cat would be the terror of cities far and wide to reach the one he loves.  I feel something similar would occur when looking at this Luxky Katju from Chris Pyrate and Strangecat Toys.  Sure, he looks all sweet now, but keep the object of his desire away from him and he could level our infrastructure like the best of them.

This is the first ever production toy from the folks at Strangecat and he is available for preorder right now.  Standing 7 inches tall, made of polystone, and featuring a skeletal fish buddy, he can be yours for only $60.  He is limited to 50 pieces and available only at https://strangecattoys.com.