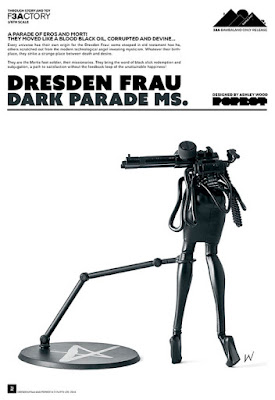 Just when you think things couldn't get any dumber in American politics, the moron that is our president has taken a page out of Chairman Mao's book and ordered a military parade through our capital.  It's obvious that he feels inadequate in more ways than any sane person could have ever imagined, but would someone please tell him that no matter how many ballistic missiles he parks in front of the Smithsonian, that it won't make his wittle guy any bigger.  It won't make his hair not look like a dust bunny, it won't make anyone donate money to his idiotic wall, and it certainly won't wipe away the regret that is plastered on the face of his wife in every photograph.  What we as Americans should do is on this day of his so called parade gather and block it from ever occurring.  Stand thousands deep and let it be another massive failure in what has already been an overflowing septic tank of a presidency.

I can assure you that despite any recent advances in military technology, none of these will be marching in our parade that never happens.  If they were I'd still be totally against it, but I'd be a little more intrigued.  Ashley Wood and 3A have carved quite a niche reimagining warfare and the weaponry involved, but this is by far my favorite of their interpretations.  Oh come on, don't tell me if you were about to be mowed down by machine gun fire this isn't who you'd prefer to be doing it.

Available starting tomorrow, February 8th, this is a Bambaland exclusive and will only be found at www.bambalandstore.com.  Our president is still a moron, in case you forgot.

Email ThisBlogThis!Share to TwitterShare to FacebookShare to Pinterest
Labels: 3A, Ashley Wood