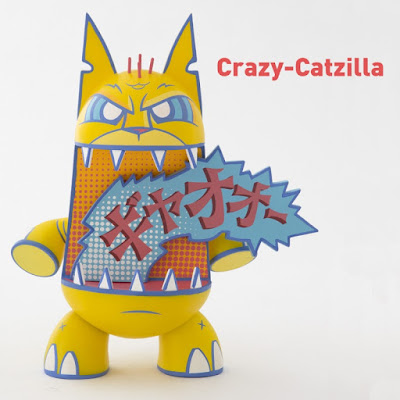 Am I totally bummed that I won't be at Designer Con this weekend?  Yeah, it sucks, but it's not like I had grand plans and they suddenly got cancelled. I knew my behind was gonna be at work and I would be living vicariously through the magic of the Internet and I'm ok with that.  At least that's what I keep telling myself so that I don't throw an obnoxious fit and get locked out of the house.  But all hope is not necessarily lost, because nice folks like Joe Ledbetter know we can't all make it to California, so he's doing something special for us.

This is the final version of his popular Fire Cat and only 75 have been birthed into this world.  It will be available at his booth at noon on Saturday the 21st, but a special batch of figures have been saved for an online release.  Those figures will be for sale on his website Tuesday, November 24th at 8am pacific time.  Crazy Catzilla can be had by all!!!!  Well, 75 of us anyway, so not really, like, everyone. How about: Crazy Catzilla can be had by the lucky????  That sounds better. 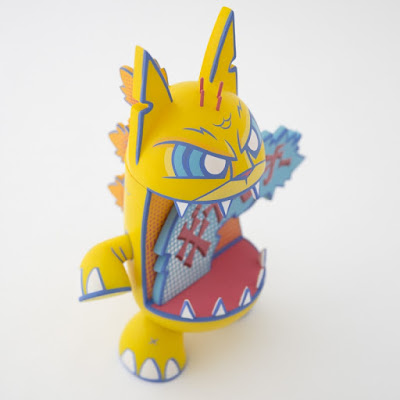