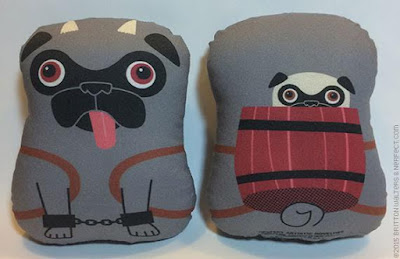 You know what's wrong with kids?  Well, it's a long list, but the main thing is that they feel entitled.  We've all witnessed the epic meltdowns they have in a store if they aren't allowed to get something.  They throw a fit, their parents buy them a new iPhone, and the transformation into horrible person is nearly complete.  And we're too delicate with them too.  We want them to behave themselves so someone invented a stupid elf that moves around the house and supposedly creeps on their every movement.  That smiling little idiot doesn't inspire the fear that children need to not act like butt clowns.  Which is why I am so happy that here in America Krampus has finally been brought to the attention of mainstream culture.  You wanna act like a zoo animal?  Well, this is what's gonna happen to you: 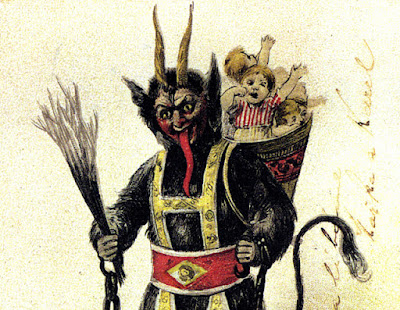 Go ahead and try to take a selfie while riding in a basket attached to the back of a goat man, it's just gonna be blurry and probably won't get many likes.

Let's go back to the first picture though, that contains the rather more adorable Krampug.  I guess dogs need an incentive to not be jerks all year too.  He is the creation of Perfect Artistic Novelties and is an exclusive to their booth (#1025) at this year's Designer Con.  Each one is hand made and ready to keep your furry friends in line.