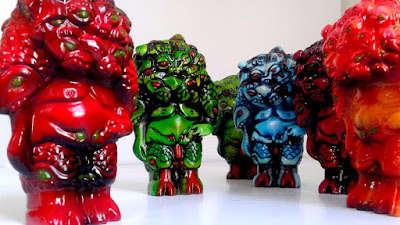 You ever watch that show Monsters Inside Me where the people are all like "I was totally having the worst headaches and when I went to blow my nose all of these weasels fell out"?  It's never actually been weasels, but how cute would that be?  Or a guy could have some growth on his leg and out popped a kitten. Unfortunately it doesn't ever turn out to be that.  It always involves some worm-like critter that makes your life miserable for a bit before a heavy dose of antibiotics and some usually very disgusting occurrence serves to rid you of it.  Or as I like to call it, Saturday night.

The resin creations of Naomi Knaff make me think of what bad dreams would look like if they could take a physical form and be surgically removed.  That is probably the highest complement I've ever paid anybody, because I love them.  These are our bad thoughts manifested into hyper-color monsters and should be preserved in pickling liquid and put on display in curiosity shops, where they will have a warning never to open their jar under penalty of law.  Kinda like a mattress tag but with more immediate and dire consequences.

Naomi is bringing her insane creations to this year's Designer Con and can be found at booth #724.    If you're going you should see her work in person because like most things on the internet, the pictures don't do them justice. 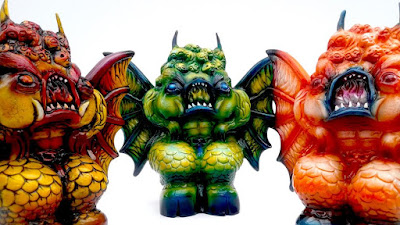 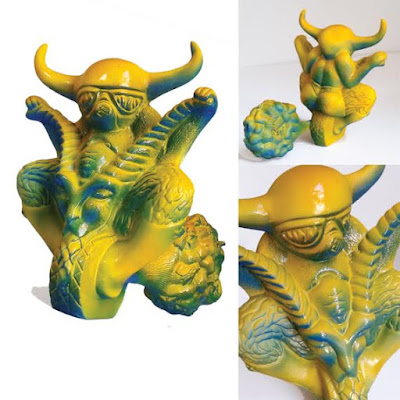 The two figures you see below are custom paint jobs courtesy of Tru Slithers and they will also be available.  Pretty sick! 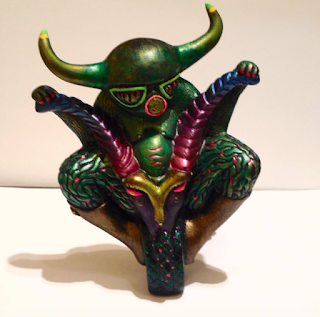 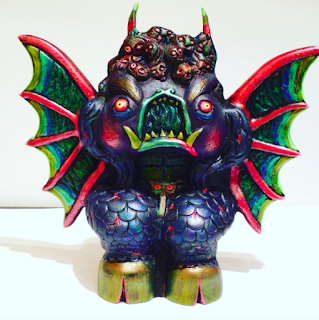