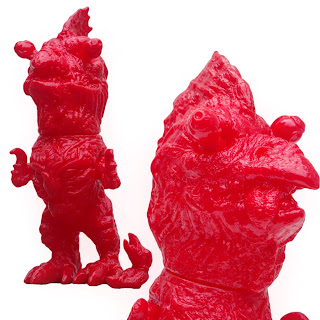 I used to live in Virginia, more specifically the Eastern Shore area.  It's a peninsula that you would assume is part of Maryland if you were looking at a map and is known more to people as the place they drove through to get to Virginia Beach from the north.  As you're passing by on a hot summer day and are unlucky enough to not have air conditioning, you will be assaulted multiple times by the smells of chicken farms and processing plants.  The factories are a mixture of raw bird parts and that special juice that leaks from the back of garbage trucks.  In the world of odors, they are merely offensive and certainly not something you would go out of your way to experience.  The places they raise the actual chickens, however, emit a brand of funk that should be arrested and charged with attempted murder.  Those birds that are destined for a bucket of original recipe expell noxious droppings that will make you wish for the delicate bouquet of week old corpse just to clear your palate.  I grew up near it and it still inspires me to expel my guts when I get a whiff.  Anybody down for 25 cent wing night?

Miscreation Toys and NastyPLT have teamed up to form a new endeavor known as Figurehead Vinyl and their first release is the mutant chicken, Gizzard.  You don't have to worry about what sauce will pair best with your nuggets because Gizzard will be dunking you in his favorite flavors .  Standing ten and a half inches tall and featuring removable bulging eyes and a little bird omake, this freak of nature is available now for $145 by visiting https://figureheadvinyl.bigcartel.com/.  Might wanna hide that air fryer before he shows up in the mail. 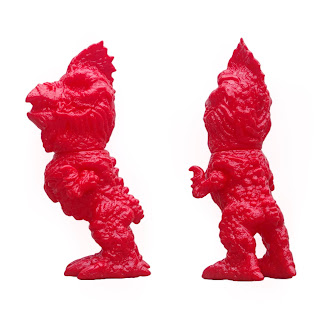