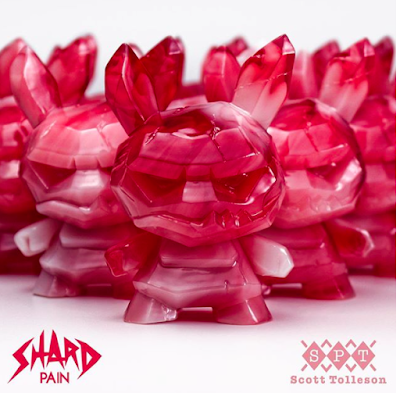 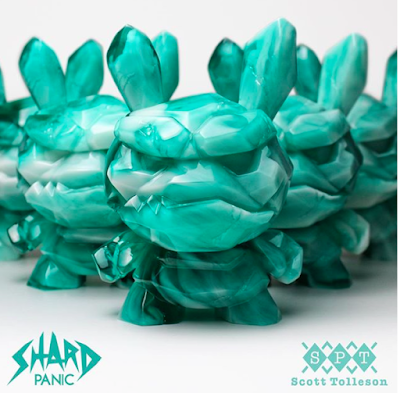 Self Conscious: The Confidence Boosting Plush Kickstarter from Taylored Curiosities 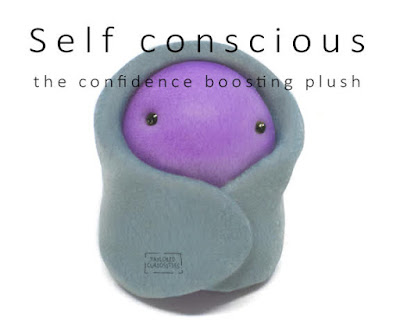 Is there a more unique designer toy creator out there than Taylored Curiosities?  Not only does she release some of the most original plush and resin designs you will see, but she genuinely cares about all of our well being.  That's a big change for me, because most of the people I meet in the course of my work day seem hell bent on cremating any good feelings I have left.  When you work with the public it will erode you worse than a beach during hurricane season. Especially when it involves money, because then people are much quicker to go from zero to crazy. But Taylored Curiosities is here to repair the daily damage that can occur to your emotional barricade through my favorite medium: collectibles.  More people should follow her example and should bring some of that to New Jersey.  Maybe once they decriminalize marijuana use it will calm a lot of these folks right down.

There is a Kickstarter campaign running right now to help bring this plush to life.  Check it out at this link and through your donation you can be part of the process of spreading something positive in the world.  God knows we can all use it. 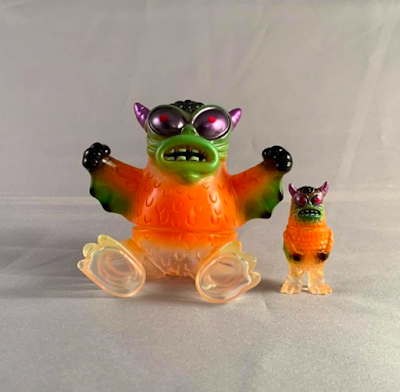 Are you prepared to not only have an instant Jeff Lamm collection but to have all of your Halloween decorating needs met?  Of course you are, because everyone loves a bundle deal.  Remember when you used to buy CDs or DVDs and they would come with something cool like a figure or a t-shirt but only certain places would have them and you got so excited on release day that you were first in line at the store to make sure you didn't miss out?  Sadly, those days are mostly behind us, but this set from Monster Worship is helping me relive them a bit.

Each set contains a mini Grease Bat, a micro Grease Bat, and a killer paper jointed decoration of a Grease Bat Skeleton.  They are extremely limited and at only $70 they probably won't last long.  If you just want the decoration there will be a few of those available for only $10 each, which again means they probably won't last long.  Get em all this Friday, October 19th from www.monsterworship.com. 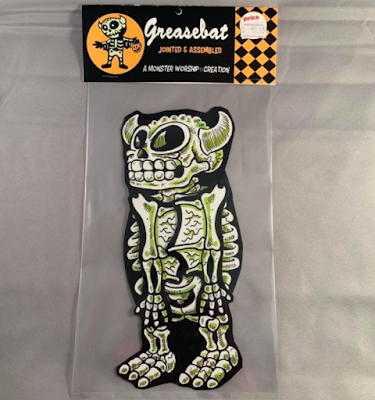 The Nordic Lucky Cat Has Been Unleashed! 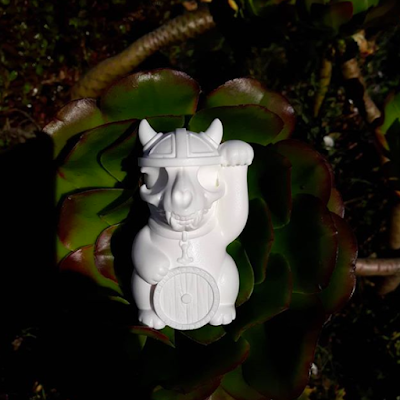 The time has come.  The gates of Asgard have opened and the felines are running amok all through Midgard.  Wrangle one now at thetoyviking.bigcartel.com.

Email ThisBlogThis!Share to TwitterShare to FacebookShare to Pinterest
Labels: The Toy Viking, viking 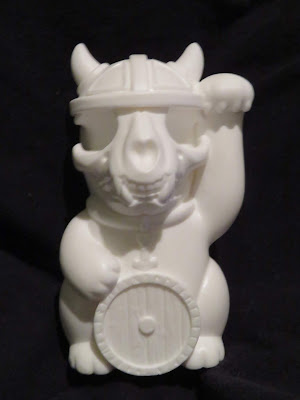 The day is nearly here, as in tomorrow, when the first horde of Nordic Lucky Cats becomes available.  I've wanted for a long time to make this a reality and can barely believe myself that soon you will be able to add these to your collections.  The figure itself was inspired by the two cats from Norse mythology that pulled Freyja's chariot through the nine worlds.  Not much is mentioned about them in the Sagas, so I took it upon myself to expand upon their story.  It's easy to be inspired by cats when you have five of them roaming around your house.

Each figure stands 4 inches tall, is made of solid resin, and is presented in DIY White, which is perfect for anyone that wishes to paint them (or leave them as is, for they shine as bright as a fresh Norweigian snow fall).  This is an open edition release, meaning that periodically I will make these available for anyone who wants them.  Super limited editions in a host of styles will follow, all produced by resin wizard Renone.


Retailing for $40 plus shipping, they can only be found at thetoyviking.bigcartel.com. 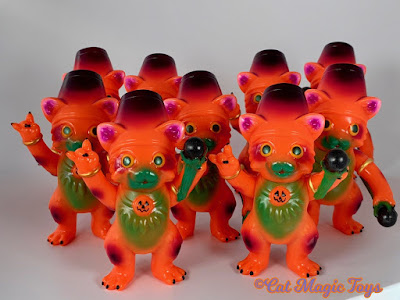 Halloween has the coolest ties ins of any holiday and that's not really up for debate.  Christmas themed products? Blah.  St. Patrick's Day? Don't need any of that crap.  Give me orange and black and skulls and ghosts all day long on anything and everything.  I just got these outstanding pumpkin cookies from Wal Mart and I know that as soon as November 1st comes they're gonna change the shape to something dumb and it's gonna ruin them for me.  Yeah, they'll probably taste the same, but eating something turkey shaped doesn't give me that tingly feeling that an orange sprinkled pumpkin does.  I'll suffer through, but I'll still suffer.

Cat Magic Toys speaks my language with this brand new Halloween Cat Lulu release.  First, they satisfy my need for seasonal products.  Secondly, they're cats but not only are are they cats they're also witches, which is like turning the whole mythology on its head.  What if the women we thought were the witches weren't at all and were just around so they could open the tins of cat food for the actual witch kitties?   I'm blowing my own mind with this one.

If you want one of these magic sofubi felines they'll be on sale today (Saturday, October 13th) at 6pm pacific time only from https://cat-magic-toys.myshopify.com. 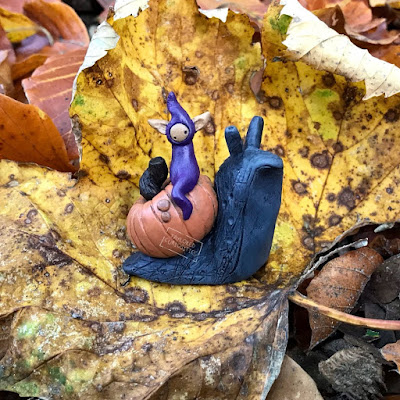 Fall is my favorite time of year for a multitude of reasons.  The sun stops trying to roast me like a chicken, all the tourists go back home (which is really a bonus because none of them understand that left turns in New Jersey usually involve a jug handle), and the woods are free to walk in as the ticks have died off and the venomous snakes have begun their hibernation until spring.  The tourist thing is especially awesome though, as leaving the house stops resembling an episode of Jersey Shore.  That show is horrible in its accuracy.

Autumn also ushers in Halloween season, which I'm told some people have to actually decorate their house for.  My house stays spooky year round.  Of course our celebration of Halloween is predated by the harvest festival of Samhain and to commemorate the occasion, Taylored Curiosities has created a special resin figure set.  Each one comes with everything you need to have a successful new begining after the spirits of your ancestors come to visit you on the 31st.  Should I buy like a cheese platter or wash extra towels?  I never know what to do when I have company, let alone dead relatives I've yet to meet.


Only 20 sets are available for preorder and they can be had by visiting https://tayloredcuriosities.bigcartel.com