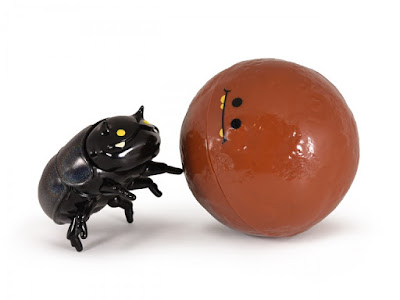 The second night of wedded bliss with my wife was interrupted by something so unholy that by telling the tale I risk invoking its wrath.  But I'm gonna do it anyway because unlike my waistline, my shame has been getting thinner.  It was probably three in the morning and both of us were sound asleep when the ghost of diner's past decided he could no longer linger in silence.  Despite my best nocturnal efforts, a noise rang out from beneath the covers that would have sent shivers down the spine of a corpse.  It was loud, unmistakable for what it was, and I could do nothing but laugh.  I made no attempts to pin it on a burglar or some wild creature that lived in the crawlspace and betrayed any thoughts of innocence as my wife yelled at me using my full legal name and that of Jesus.  Nearly thirteen years later it is still just as funny as it was then.  Possibly because there was a more recent repeat offense, but who can be sure.

Thankfully the services of our neighborhood dung beetle were not needed that night, because that might have been harder to find the humor in.  The insect you see above is named Dungy, and his perfectly round poop buddy is Pooba, and they are the two best friends that anyone could ever imagine.  And in fact someone did imagine them, as they were created by Andrew Bell and very soon (as in, today) they could become part of your story.  This is the debut edition of this boy (or girl) and his turd will be available begining today, May 12th, at 11 am eastern time exclusively from https://shop.deadzebra.com/.  They are limited to 100 sets and are $65 each.  Oh, and if you remember the fun of dissecting owl pellets in school, you'll be excited to know that Pooba opens up so you can store all of your tiny bones inside. 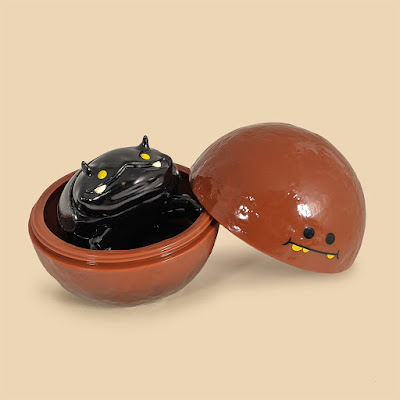