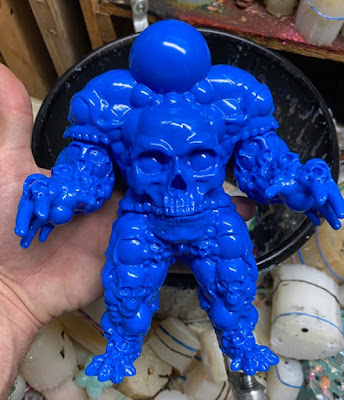 Is there anything more metal in the world than a creature made entirely of skulls?  Every bit composed of various sized craniums: from muscles to bone to tiny little skulls in his blood.  I imagine DuBose Art's Skull Dangler having graced the cover of an obscure German heavy metal band who, desperate to try and achieve superstardom, turn to a book of Arcane knowledge.  A few mispronunciations later, and this dude climbs out of their album and devours everyone in the group, adding their skulls to his body.  With ideas like this I cannot believe Netflix won't return my emails.

This is the first ever vinyl figure from DuBose,, who until now has honed his craft almost exclusively in resin.  He stands eight inches tall and features a handful of optional removable heads to completely change up his personality/blend in when the inevitable manhunt starts to thwart his  reign of terror.

The preorder is happening now for the glow in the dark version of this figure.  A blue version is pictured above in an effort to show you all of the gory details.  Pick one up at https://duboseart.com/. 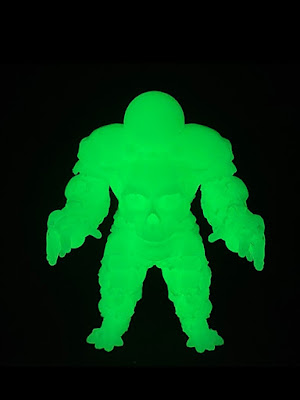 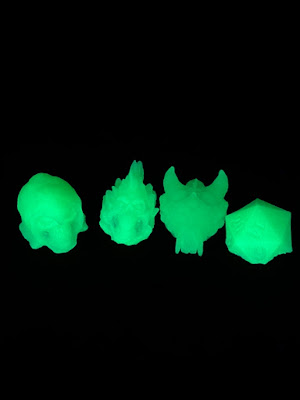