You Sleigh Me Kickstarter from The Bots 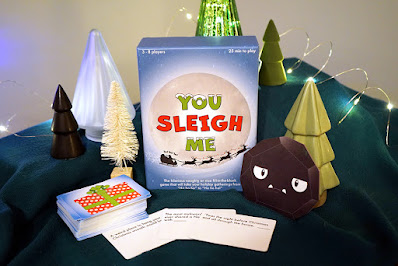 My wife was in the liquor store the other day, and was waited on by an elderly gentleman who rarely ever says anything beyond "hello" and "thank you".  Being that it was the day after Thanksgiving he got extra chatty and wanted to know whether or not she had a good holiday and how she spent it.  She told him that we went to her parents house for dinner and that's when he looked at her a bit puzzled and said "your parents are still alive?"  It was then that she realized that even with her mask on he has never once asked for her ID.  He thought that she was not only old enough to drink, but that it would be impossible for those that created her to still be among the living. Naturally when she tells me the story I die laughing because she is only 42 and looks like she's at most 30. I tried to tell her that he skin is very youthful and Buffalo Bill from Silence of the Lambs would surely want it for his dress making business, but somehow that didn't help.  She's so modest.

If you also have family or friends that are still alive then you might be interested in mixing things up a bit and playing a board game. And what better game would their be to play than one that also combines your love for vinyl Toys.  The Bots have just launched a Kickstarter for their brand new game You Sleigh Me, and you can be involved in making it a reality.  There are a bunch of different reward levels and some that even include their lump of Coal toy (and a first shot at the new Burning Ember colorway).  Check out this link  to be the hit of your next gathering. 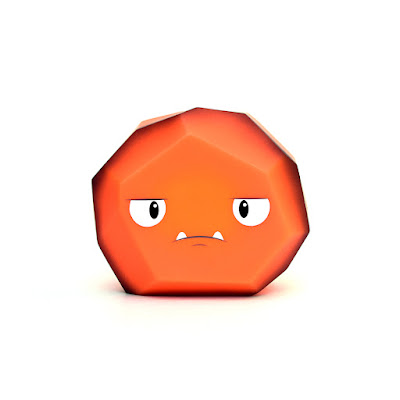 Email ThisBlogThis!Share to TwitterShare to FacebookShare to Pinterest
Labels: Kickstarter, The Bots