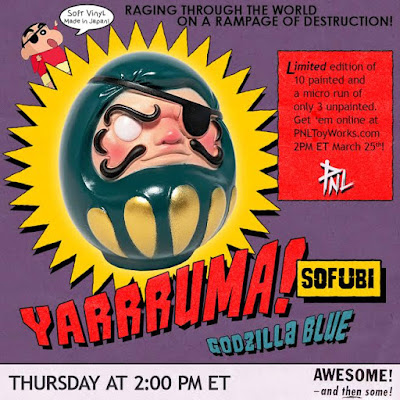 I may or may not resemble this toy right now.  The combination of the pandemic and winter pushed me into a sloth-like state of my former self, leaving me to a more unhealthy relationship with food and television. For example, one of my wife's coworkers is from Ireland and gave us a quarter loaf of soda bread. Sharon brings it home and sets it down on the table next to my side of the couch and as the night progresses I am craving this thing pretty badly.  The problem is that she had already fallen asleep while watching tv and our smallest cat Daenerys had curled up on my lap.  Not wanting to wake either of them so I could cut a slice, I decided to just bite the equivalent directly from it.  It was delicious; her raisin to bread ratio was spot on and as it danced on my taste buds I thought a little more couldn't hurt. Before I knew it I all that was left was a wee tiny bit, which was too small to save, so I ate that too.  I wish my shame was as apparent as my waistline is right now.

PNL Toyworks is releasing my Rubenesque  kindred spirit this Thursday in a special Godzilla blue sofubi colorway.  Y'arrruma will be available in an edition of 10 expertly painted pieces and ultra limited run of 3 blank versions.  They'll be $35 and $20 respectively when they go on sale March 25th at 2pm eastern time only from https://www.pnltoyworks.com/. 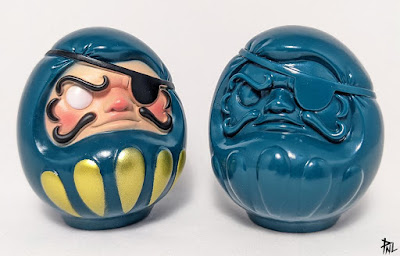