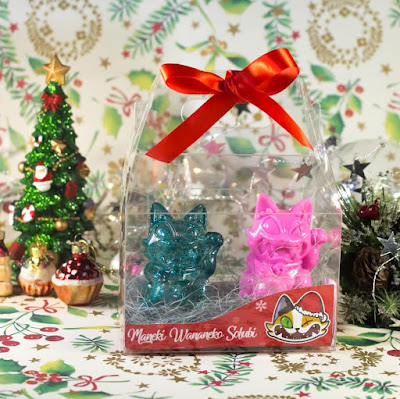 Sharon and I have a cat named Wednesday who has been suffering from some pretty bad allergies. She scratches her ears almost obsessively to the point where she started cutting them open.  We've taken her to our vet, got the allergy testing done, and eliminated everything from the list of possible causes.  Nothing has worked so we decided to get a second opinion.  Now we knew that the person we were taking her to is very popular in our area and we also knew that he believes in a lot of alternative methods when it comes to treatment.  The day of the appointment we're in the exam room going over her backstory when he starts telling us about muscle testing.  Now I figured this was something akin to how they allergy test people by exposing them to substances and watching what the reaction was.  Or if anything it at least involved some apparatus that would make for a great Instagram picture while the cat was wearing it.  Neither of those was even close.

In walks his assistant like nothing out of the ordinary is about to happen at all.  They stand on opposite sides of the cat with each placing one hand on her back.  Then the assistant raises her free arm at a 90 degree angle, and he grabs a hold of her hand and pushes down to try and lower it.  With each push he is rattling off words of possible allergens.  If the arm goes down it means she's allergic, but if he is unable to force it from sticking straight out at him then it means she is not allergic.  My face was literally sore as I tried my hardest to prevent my muscles from making the biggest WTF look anyone has ever seen.  I couldn't even make eye contact with my wife because I knew that if I did I would lose it.  It was like being a part of some feline seance as he tried to contact her ancestors for clues about her itching.  Finally, mercy was bestowed upon us and the entire act was over and we placed her back in her carrier.  At least, we thought it was over as he had forgotten about a certain type of food, so he grabbed a bag of it, placed it against the roof of her inclosure with eyes closed, and declared her allergic to that as well.  Now I'm all for the fact that there is actually very little in the world that human beings understand and that modern health care has it's limitations, but next time I'm gonna need a Powerpoint presentation or something to ease my way into it before I'm just nonchalantly smacked with anything like this again.

I just needed to tell someone about that so I could come to terms with it, so I thank you for your patience.  No let us continue.  Javier Jimenez is making spirits bright this Christmas season with this festive Maneki Wananeko set.  You'll get two kitties in each pack, with one guaranteed to be that fancy green glitter while the other one will be a surprise color.  Made with luxurious Japanese vinyl, these will be available tomorrow at 17pm Spanish time only from http://www.stickupmonsters.bigcartel.com.   Luckily for you, these kitties will never need to go to the vet.