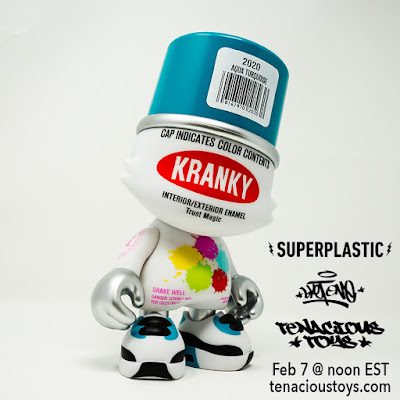 This Valentine's Day I have but a simple request; one that can literally be achieved with the mere push of a digitized button. I want Superplastic to follow me on social media. It may sound like a petty request, but petty is in no way beneath me. I write about their products, maybe even helping sell one or two, and I championed their arrival as a platform that will allow a larger amount of artists to realize their dream of their own production toy. But for some reason we just haven't clicked. I know I'm not the easiest guy in the world to be friends with as I'm not good at maintaining social obligations (in my defense we are living in the golden age of television and there are a lot of can't miss shows). But if you were trapped in a corner being picked on by an unmerciful bully, I would be there to stick up for you. I would apply a tourniquet made from my own pants leg if you were bleeding uncontrollably. I would come over and feed your cats (and clean their litter boxes) if you suddenly had to go out of town. So this Valentine's Day, Superplastic, let's build a friendship that will stand the test of time/apocalyptic world ending scenarios. Thank you for coming to my TED Talk.

While I sit with anticipation staring at my social media feeds, let's take a moment to appreciate this Tenacious Toys exclusive SuperKranky from Sket One.  This version celebrates the color Aqua Turquoise and if you thought that a limited drop of only 200 figures was the best thing about this you would be sadly mistaken.  You can of course get one of these toys for only $90 and most likely be perfectly content.  Or you could go completely all in for $150 and get a nearly complete outfit to match your toy!  In addition to the figure you'll get a hat, a t-shirt, and a bandana. Just imagine the Instagram pictures you'll be able to get. The Deluxe edition featuring all those extras is limited to only 100 sets and available for preorder for exactly one week (February 7-13) begining at noon eastern time.  If you just want that 8 inch homage to street art it will be on sale by itself at the same time this Friday.  Either way you go they can only be had from www.tenacioustoys.com. 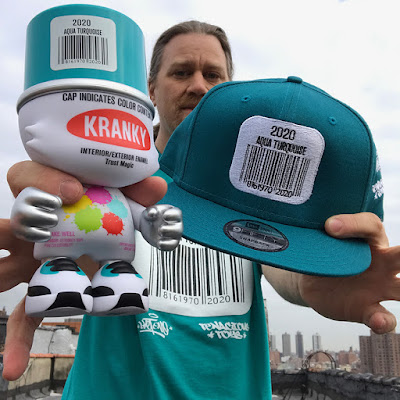