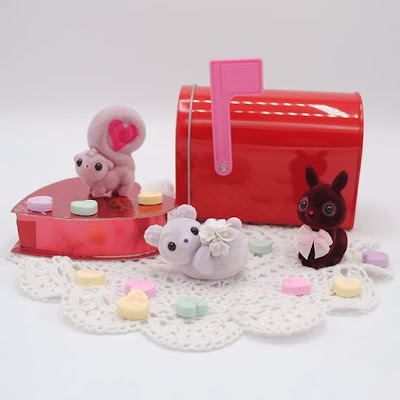 My wife and I decided many moons ago that every year for Valentine's Day we would go and do something together rather than buy each other gifts. It was a few moments after that decision that we picked our first ever outing to celebrate the holiday...a monster truck rally. Neither of us had ever been before and it sounded ridiculous enough that it would be impossible to not have a good time. The people watching alone would have been worth every penny, but the actual event was really cool as well. And I almost got into a fight with a drunk guy whose kids kept jumping out of their seats and landing on us, which is just about as miserable as it sounds. He was about 5'5" and maybe 120 lbs., so his decision to mouth off when I asked him to control his children was kind of surprising. I'm usually a very calm guy but the idea of knocking out a few of his sporadically placed teeth was kind of appealing. Thankfully his sober friend got the kids to settle down and we all watched the show without further incident. Except that my wife called his something really funny, which I wish I could remember because it stunned that poor woman so hard I thought she got a concussion. All other Valentine's Days have been kind of boring by comparison.

I'm not sure how the husband and wife duo behind Horrible Adorables will choose to celebrate the upcoming holiday, but I do know that they want to help you feel a bit more festive. Tomorrow, Thursday January 30th at 8pm they will release a limited amount of My Vintage Valentine Fuzzy Friends. Each one is flocked (hence the fuzzy part of their name) and has coloring that is reminiscent of those chalky candy hearts that i always think I like but only eat two of before feeling like "blek". Buy one for your significant other, keep it for yourself, or buy two so you dont have to make such ridiculous choices.

These will only be available by visiting this link.
Posted by Chris at 1:18 PM