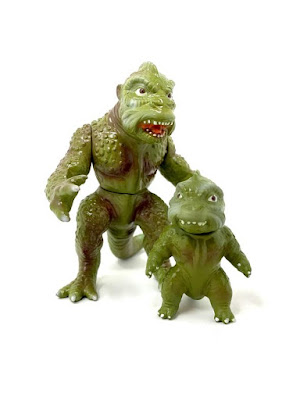 The work of Ray Harryhausen has entranced me since the first time I saw Clash of the Titans.  One of my favorite films of all time, and probably the reason I'm so obsessed with monsters, the stop motion animation brought Greek mythology to life in a way that no one has done since.  Once I figured out who it was that was responsible for those amazing creatures I had to see everything else he made and his films are some of the very few that I can watch over and over without getting tired of them.

Now thanks to Justin Ismael, it's like seeing these insane creations all over again. Cast in glorious sofubi by Science Patrol, Justin's latest offering is Ymir, the star of 20 Million Miles to Earth.  He is available for preorder in two different colorways with or without his baby companion.  Expand your Harryhausen collection by visiting https://www.justinishmael.com. 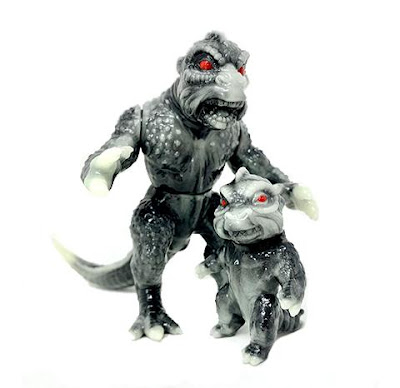