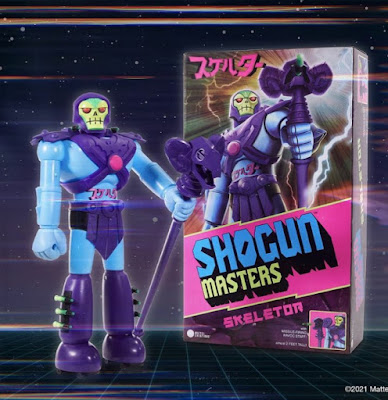 I usually don't write about licensed toys because honestly, most of them are boring.  They're usually the exact same thing you've already seen a thousands times and totally not worth all the dead dinosaurs it took to make them.  But when given some creative freedom, familiar characters can be presented in a way that is not only refreshing, but will make you remember what you love about toy collecting in the first place.

Mattel Creations has nailed it with this Shogun Warrior Skeletor figure so damn hard they might be charged with assault.  This is a glorious matchup of one of my favorite supervillains of all time and the giant robot toys from Japan from the 1970's. This thing is massive, standing nearly 2 feet tall and featuring a rocket fist and rocket firing staff.  It will be available tomorrow, Friday April 23, exclusively from https://creations.mattel.com/ for $300. 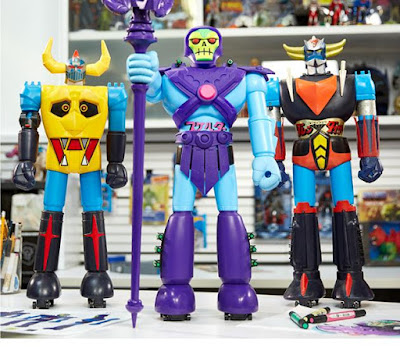 Email ThisBlogThis!Share to TwitterShare to FacebookShare to Pinterest
Labels: Masters of the Universe, Mattel Creations