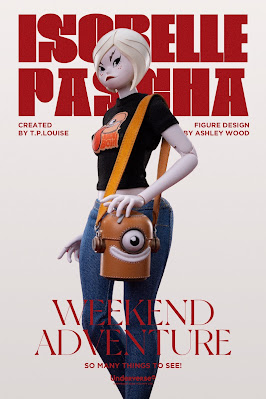 I like to watch Project Runway because I have an unhealthy obsession with reality competition shows. I also like fashion, which not many people would guess because I only wear twenty year old heavy metal shirts and jeans. I don't necessarily like it for myself, but I like weird avant garde costume-y stuff like Alexander McQueen used to make, which is more along the lines of wearable art. Now back to Project Runway, one of my favorite parts of the show is when the designers explain who they invasion as the wearer of their garments. They often go into these elaborate explanations along the lines of "my girl is on her way to the grocery store to dispute the amount she was charged for a family sized frozen lasagna that was supposed to be on sale but rang up full price and she knows it won't taste the same until this injustice has been rectified". That's a lot of explanation for a pencil skirt, Jean Paul, but go on I guess.

Isobelle Pascha is going on a weekend adventure and is looking mighty fierce. She's serving up looks in her skinny jeans and t-shirt that could take her from shopping for vintage finds at the flea market to brunch with her beastie. Underverse will be offering this woman on the go for preorder begining Friday, September 16th for $165, which includes world-wide shipping. She'll be available exclusively from https://underverse.com/. 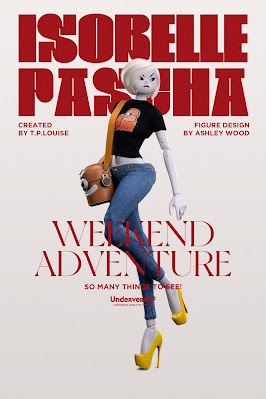