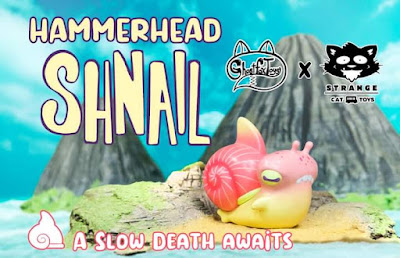 Do you think fish are freaked out about how little of the breathing world they've explored? We've only seen a limited amount of the ocean but they've seen even less of where we live. The only ones that make it far inland are either in aquariums or on dinner plates, so they never get to return and report what they've witnessed. Do they have these images in their heads of monstrous humans with razor teeth who are by far more frightening than the ones that they encounter? Do they share artists renditions of what they think lies beyond the beaches while they develop the technology to travel among us to further their research? Will one day a great octopus explorer walk right onto the sand with his newly constructed breathing apparatus as he Lewis and Clark's it all over the world? Do you think the township will have my water main repaired before I have to use one of those orange Home Depot buckets in a way god did not intend?

While I attempt to delay my lunch from becoming it's final, most powerful form, I can tell you about the first ever production figure from Ghost Fox Toys. This is a Hammerhead Shnail and it looks much like you would expect a blending of the two creatures to work out. How a Hammerhead shark and a snail fell in love and made a baby is a question for another day, though, as I've already given you plenty to think about. 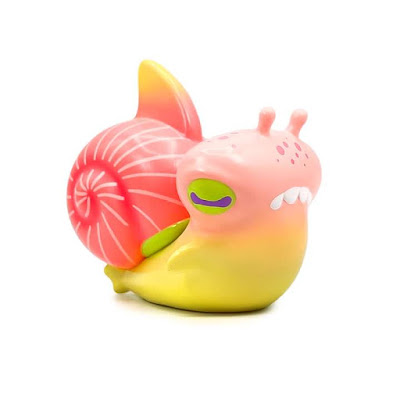 Strange Cat Toys wil unleash...wait...maybe "unleash" is a bit much when talking about a predator that you could just casually walk away from. OK, so they'll be debuting this vinyl toy on Saturday, September 24th at 12pm eastern time. This first colorway is know as "Sunrise Salmon" and is limited to 100 pieces. They're about 3 inches tall and will retail for $65 each from https://www.strangecattoys.com/.
Posted by Chris at 12:27 PM