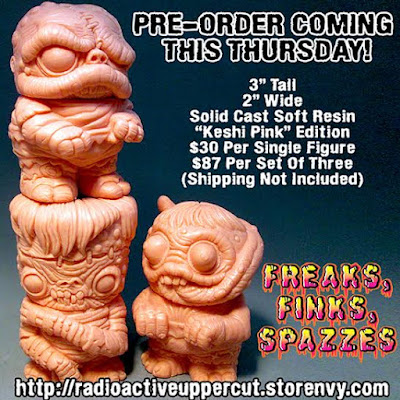 I went to the doctor today and when I entered the room this is what I saw: 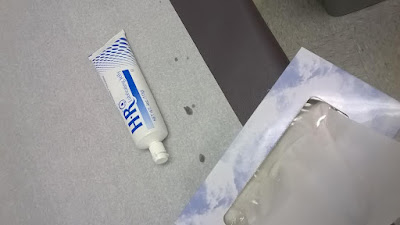 Now let me expand on this a bit more.  While this would be a horrifying sight for any man to stumble upon, what made it worse was the fact that I was at the urologist having a follow up from The Great Kidney Stone Disaster of 2015 (as it's been dubbed in the media).  So be you man or woman, the only place this stuff was gonna end up was somewhere that would traumatize you (and make your pee hurt) for days to come.  I know what goes on in these places, heck I've got some stories that would make you put a pad lock on your jeans and hide in a closet, but I really don't need to see the aftermath of someone's urinary tract pain.  Hell, the hotel we stayed at in Brooklyn for Summerslam had better maid service than this, and there was a damn lucite wall between the tub and the bed.  I didn't go anywhere near this exam table except to take this picture and after than I parked my behind as far away as the architecture of the building would allow.  I wish they had comment cards so I could have rated the state of the room, cause urethra jelly and a box of tissues is worse than finding a dead body.

As you may have figured out, that story was just something I really had to share and has nothing at all to do with the toys you see pictured.  I view stories like this in the same way filmmakers viewed that VHS tape from the ring.  You gotta pass that trauma on if you want to have any peace.  Now, back to business.

Radioactive Uppercut is opening up preorders tonight for his latest creations: Freak, Kinks, and Spazzes.  Those three little dudes are adorable in a gross way, kinda like your mom, and like I said before you can get your hands on them tonight at 8pm eastern time (also like your mom).  They were expertly sculpted by David Arshawsky of Turtle Milk Studios and are being cast in soft resin by Tru:Tek of Disart ToyLabs, which basically means they're of the utmost quality.  These little dudes stand 3 inches tall and are available individually for $30, or as a set for $87.  Look how cute they are, you wouldn't dare think of separating them from their friends would you?  Or are you one of those people who would see two kittens and just adopt one of them?  Don't be a sicko.  Do the right thing tonight by visiting http://radioactiveuppercut.storenvy.com.