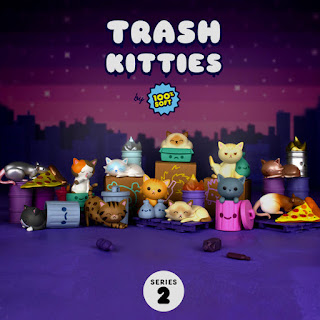 It's fitting that my first actual product post from my hiatus be about cats, and even more fitting it be about finding cats hanging around garbage. Sharon and I found our cat Wednesday when we were taking the trash out. Just as we go to toss the bag in out pops this little fluffy kitten from the adjacent storm drain who made a noise like Windows 95 starting up. She was so cute and without even having to discuss it I reached down, scooped her up, and we brought her in. She was all about inside life and has never made any attempt to go back outside; and she also never got any bigger, so we have no idea whether she was an actual kitten or not when we found her.

The strange thing too is that she has long hair and somehow managed to come out of a storm drain not covered in ick. She was completely clean, emerging like Gandalf the White from what I would have to imagine is the third filthiest place in our entire town (moving up from fourth after they closed a sketchy gentleman's club called Volcanic Eruptions that was in the same parking lot as Chuck E. Cheeses and featured competing lunch specials). 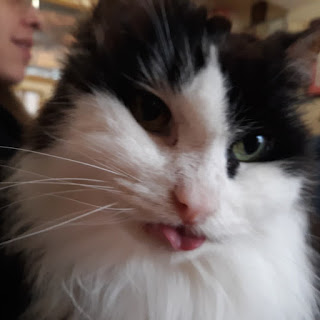 Respect the blep
There are easier ways to get your own kitties that don't even require the need for an updated tetanus shot. 100% Soft has just released series 2 of thier blind boxed Trash Kitties and these mini figures come with all the cuteness of real kitties without all the responsibility. What's that, you missed out on series 1 and feel unable to move onto series 2 without starting at the begining? No worries, cause those have been restocked too. And there are special metallic chase figures to add some excitement into the mix as if there already wasn't an abundance of excitement to begin with.
Get em now at https://100soft.shop/.