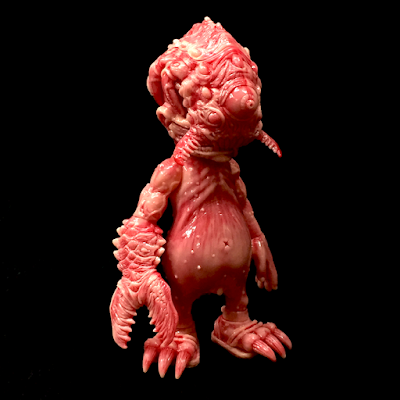 No I actually did not hit my head right before typing out the title of this figure, even though it would be safe to assume traumatic brain injury if you heard someone say it out loud.  Let's regroup.

I had a dream once (like a sleeping dream not some great revelation of hope for mankind) that crab people that looked very similar to this stormed the shores of countries around the world and were laying waste to the human population.  My family and I were holding up in some random country house and they finally advanced upon us with their sea weapons and filthy attitudes.  All I had was a broadsword, because evidently I am not terribly practical in such apocalyptic situations.  I totally went for it though and was turning them into fodder for the crows when my damn alarm went off to get up for work.  I actually contemplated being late so I could see how the battle was going to go, but my love of capitalism ultimately won out.  I'd like to think my face at least made it onto a coin after I slaughtered them like a Red Lobster employee.

No need to thank me from saving your hides from these things, cause I'm totally humble and all the praise would make me uncomfortable.  Build an army of your own and rescue humanity from impending doom.  Cure and James Groman created this figure, and Lulubell Toys are making them available to us all starting on the first day of the new year.  You will have a three day window to order as many of them as you want as long as you're willing to shell out the $200 each.  Get em at www.lulubelltoys.com. 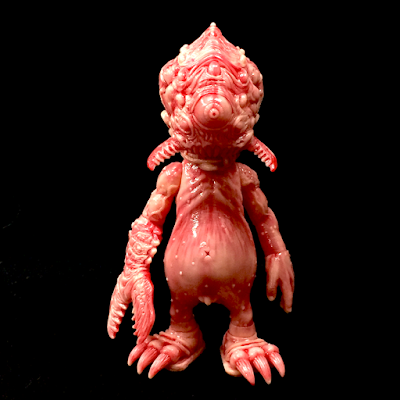