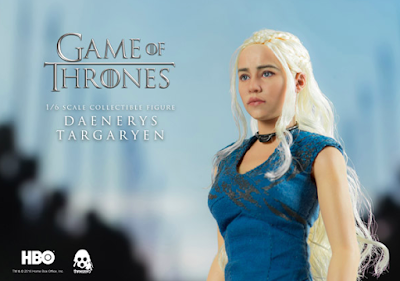 Daenerys Targaryen is the world's most famous single mother and she's got it pretty rough.  Not only does she have three unruly children who are just about the worst behaved heathens you've ever seen, but she's also trying to balance her lofty career aspirations.  She not all inspirational though, because she did lock two of her kids away when they weren't behaving, which surprisingly did not attract the attention of what passes for child protective services in Westeros.  Let he who thinks children don't deserve to be imprisoned when they're screaming in the grocery store cast the first stone.

The detail on this figure, as expected from anything threezero produces, is beyond amazing and will probably give the rest of your toys some sort of complex about their appearance.  She is available for preorder right now at www.threezerostore.com and you're gonna need to upgrade to the exclusive version so you get all three of her dragons and a nice little perch for them to chill on.  Make sure you divide their time on it equally, cause God forbid one gets to use it longer than the other two. 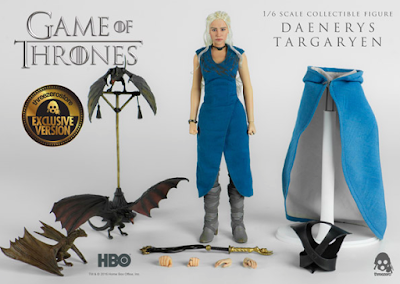