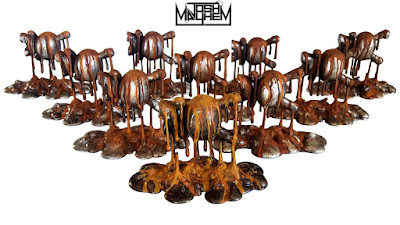 I've read plenty of times how cotton swabs are the worst thing you can stick in your ear.  Probably not worse than a hot poker, or a hunting knife, but neither one of those is marketed to clean your ears other than by your uncle Bubba from Louisiana who for some reason don't hear so good.  Those padded sticks just push the wax down into the nooks and crannies of your ear canal and it sucks.  I went to the doctor the other day because I was having ear issues and compacted wax was the diagnoses.  The cure was this squirt bottle with a special nozzle that shot a mix of peroxide and hot water in there.  It's not what I would call an unpleasant feeling, but let me tell you the joy of seeing what came out.  Ok, it wasn't joy so much as it was "holy crap, how do I have spare room in my skull for that?"

I doubt very seriously that Josh Mayhem was inspired by my medical plights as he was the pretty colors of rusted metal, but you never know.  He's releasing these rustic Puddle Dunnys later today (Tuesday, July 18th) at 10 am pacific time only through http://www.joshmayhem.com.  There are 10 different ones sold blind box style with 1 chase version that's a bit different from the rest. 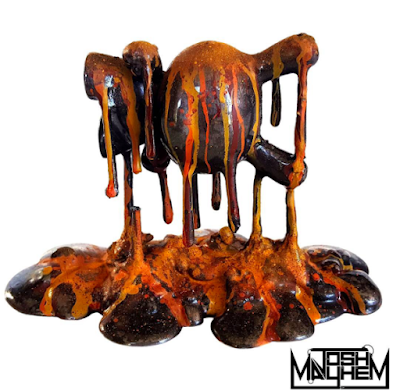