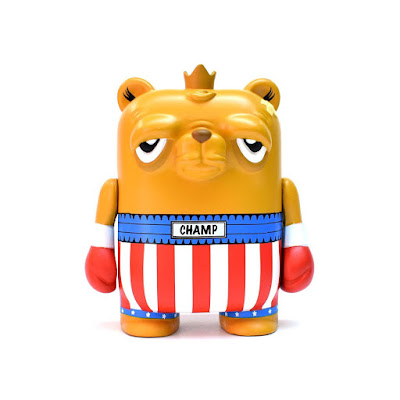 For all the history that's packed into the city of Philadelphia, tourists seem to love the steps leading up to the art museum more than anything else.  That's because they are the ones featured in the Rocky film that Sylvester Stallone runs up before looking down the Benjamin Franklin Parkway and into Center City.  No matter how bad the weather is you will see someone emulating the actions of their hero or posing for a picture with his bronze statue off to the side.  The last time we were there to go to the museum people were pissed because they were shooting the Shazam movie at the top of the steps and wouldn't let anyone else on them.  Can you imagine that was the one thing you wanted to do and some jerks are making a movie and don't want you ruining their shot?  I would have made sure they spent countless hours editing out my bare behind from every frame I could get it in.

Who will be the first person to take this new Italian Stallion Edition Bear Champ to Philadelphia and pose him at the art museum?  You will automatically win Instagram if you do, but first you must obtain one of these figures that reminds me a little more of Butterbean than of Rocky. 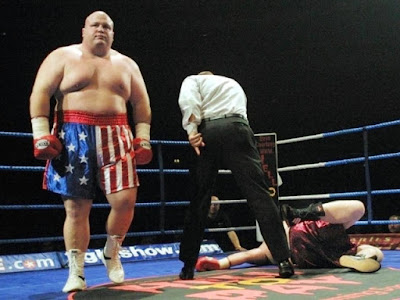 They must go to the same gym.

This big chunk of designer vinyl created by JC Rivera and UVD Toys and is an exclusive release for Tenacious Toys.  Standing 4 inches tall and hailing from part unknown, he is limited to only 200 pieces and will retail for $75.  You can get one when he is released this Friday, August 9th at noon eastern time at www.tenacioustoys.com.