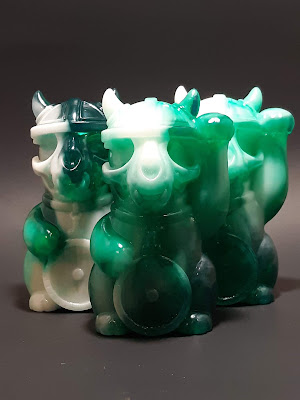 So it occurred to me that not only have I failed to do a post about my Nordic Lucky Cats releasing next week at DesignerCon, but I never even named the edition.  Being that they are made of a translucent green and white resin all marbled together and that they are inspired by the goddess Freyja's own cats, I have decided to call this run " Folkvang".  For those of you slightly less obsessed with mythology, Folkvang is the field that houses half of the Viking warriors that die in battle (the other half of course end up in Valhalla).  There are certainly worse outcomes in the after life than hanging out with the goddess of lust and beauty for an eternity.

They stand four inches tall, are limited to 10 pieces and can only be found at the Stranger Factory/Circus Posterus booth #2600.  They each come in a fancy cloth bag that I hand stamped with love and care just for you.  All figures were produced by DuBose Art. 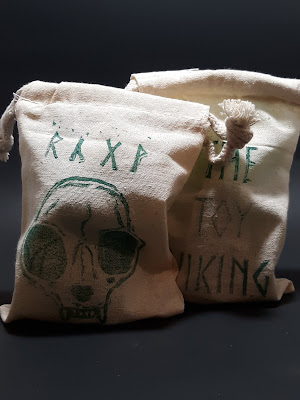