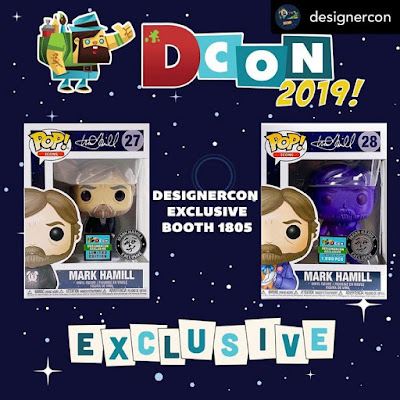 DesignerCon is only a few weeks away so prepare for your social media feeds to be inundated with releases that make your pupils dilate and your wallet wonder what the safe word is.  For those in attendance, may God forgive the thrashing you're about to do to your credit, cause there will be too much goodness to just window shop.  One of the more unique offerings that I've seen so far will be thees exclusive Mark Hamill Funko Pop Vinyl figures.  They come in two different designs, one in which he's keeping it casual and wearing a Lave Bear shirt designed by his son Nathan, and another where he is dressed as his most famous voice over role.  Now within those two designs there will different versions for you to collect, which you can see in the pictures I've included.  Those very same pictures also give you the very important locations in which you can procure said figures, lest you run around the show floor like a crazy person screaming Mark Hamill's name only to end up with someone recording it, selling it to TMZ, and you then you're forever remembered for your stalker-like meltdown. 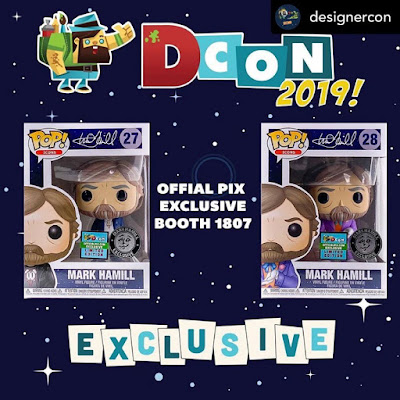 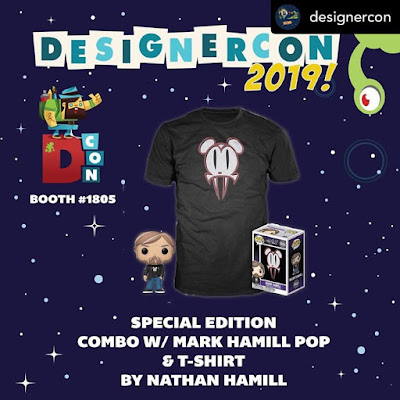 If you're going to try and get them all, because why wouldn't you, I'm going to copy and paste the info you need right now so you can plan accordingly, as the purple metallic edition is only available by purchasing an MVP package to the show.  So read this carefully because unlike your other friends, I just want you to be happy:

Here is the breakdown:

- Purple Mark Hamill (Edition of 1000) ONLY AVAILABLE VIA MVP PACKAGE

- Mark Hamill (Joker Suit) Available to all attendees at booth 1807.