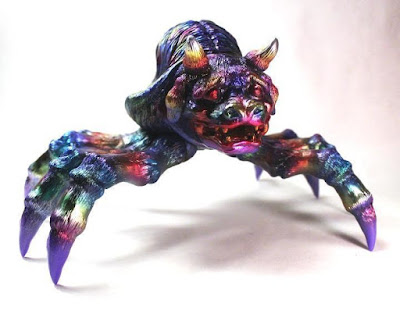 A few days ago while I was at work I was sitting across the desk from a customer when I just so happen to notice something dangling above her head.  This little furry spider had descended on a thread like an art thief breaking into a museum.  He hung there momentarily before dropping into her hair and nearly disappearing from sight. I had two options here:  I could say nothing and let the spider could go about his business, possibly unknown to the woman (she had a lot of curly hair) or I could remove the little guy myself, ensuring he would live on without fear of being mangled by a hairbrush.  I chose option number two.  I told her to hold still for a second, reached in and plucked the curious arachnid out.  She looked at me like I was completely crazy until I opened my hand to show her what it was, at which time I was pretty sure she was going to pay off the balance of my car loan as thanks.  I let the spider go and and everyone lived happily ever after.

Had my spider friend been the size or had the looks of Ushi-Oni from Cereal Box Toys he would have been free to do with her what he wished.  I don't mess with supernatural arachnids as a general rule and being that I'm still alive I'd say I've prove its merit.  World famous vinyl artist Guumon has added his signature metallic/oil slick paint job to a limited run of five of these and the only way to own one is via lottery system.  Starting tomorrow (Thursday June 11) until Sunday June 14 you can enter by sliding into Guumon's DMs on Instagram here.  They will be $250 in the US, $275 everywhere else, which includes shipping. 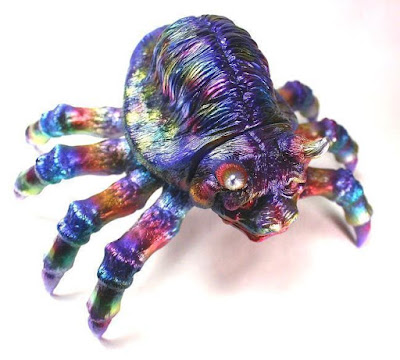