The Walking Dead from McFarlane Toys 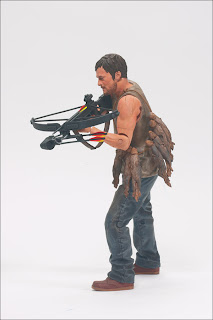 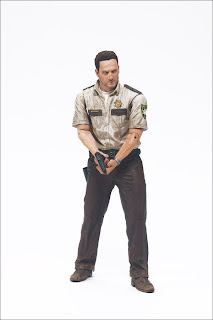 Anyone who knows me knows that I'm behind on everything.  New movies come out and I see them when they're on DVD, and that's usually after there's been a few sequels.  But thanks to the combination of Netflix and Comcast On Demand, I no longer have to yell at people to not spoil The Walking Dead for me.  Speaking of spoiled, how about all that nasty meat just laying around everywhere?  Hopefully if the zombie apocalypse happens for real we will be able to quickly lose our sense of smell.
Back to business.  McFarlane Toys will be releasing the first series of figures inspired by the show this December.  You get Officer Rick Grimes, everybody's favorite redneck Daryl Dixon, and two zombies that are just begging for you to put a bullet through their moldy skulls. 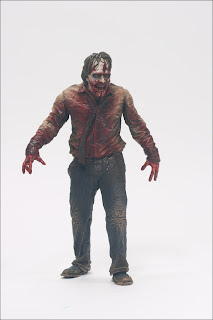 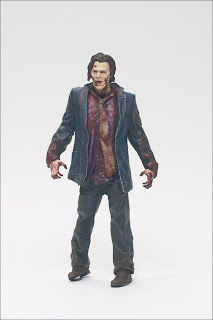 For Toys R Us shoppers you will also get an exclusive black and white Rick Grimes that is covered in blood.  For some reason, I don't think it's his. 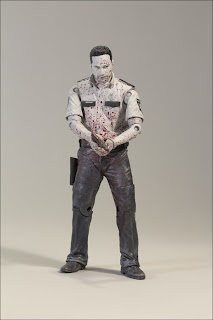