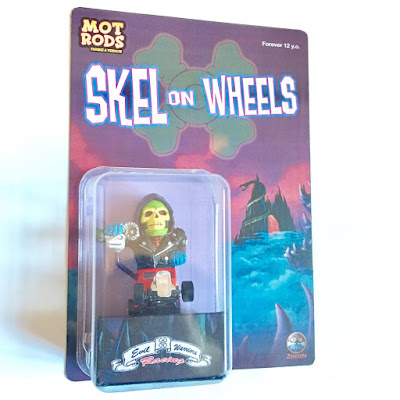 I never realized how hard it was to sell a damn car.  I've put ads on Craigslist and Facebook, put a sign in the back window of the car, and asked and even offered up a finder's fee to everyone I know.  And by complaining about it here I'm trying a new way of advertising which is pretty cutting edge and makes me the Don Draper of toy blogs.  Put that on an enamel pin and send me my royalties.

If I had this sweet ride from ZenZen Toys I wouldn't need to worry about selling it, because I would be driving it to work every day.  And I would want it in these exact proportions, so I tower over it like a beast with that monster sized shifter hanging out of the side. Maybe make the car a little bigger just so I have plenty of leg room and access to the radio.   But that's beside the point, the real reason you're all here is to check out Skeletor's new mode of transportation.  The figure itself is resin and he sits upon a die cast car, the color of which will be a surprise because "life would be boring without em", so says the proctologist as he snaps his rubber glove.

Get yourself one at http://zenzentoys.bigcartel.com. 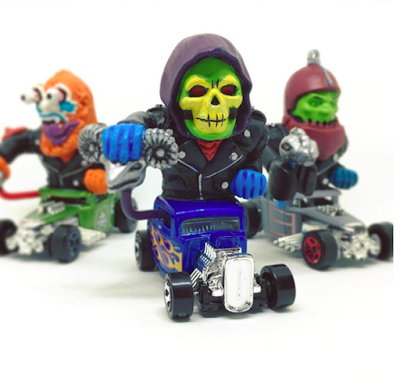