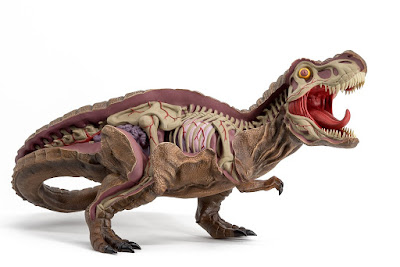 I'm not much for theme parks, mainly because I'm not a ride kind of dude.  I'm terrified of heights so anything that stays close to the ground is ok, but that leaves out most of the fun stuff.  The few roller coasters I have somehow been convinced to ride didn't have any loops and the "fun" I had involved staring at my feet and praying for the whole thing to be over.  My favorite of those was the Scooby Doo coaster at Kings Dominion outside of Richmond, Virginia and that was only because I was rewarded for my bravery with a blue cupcake and slushie from the mushroom shaped stand in Smurf Village.  Being nauseous only put a slight damper on my victory.

If someone would get on with making Jurassic Park a reality they could sell me a season pass right now.  We've all been waiting for it to happen since the first movie came out, but all these scientists are too worried about "ethics" and "liability" to give us the real life dinosaur experience we deserve.  We don't need robots landing on Mars, people, we need a Jurassic Park.  Preferably located in Florida so when things go bad no one will notice.

Until we are given what we so justly deserve, we will have to use our imaginations in tandem with these vinyl figures from 3DRetro.  They have three different toys from three very different artists to interest even the most discerning of collectors.  The half dissected T-Rex you see above there as created by mural maker extraordinaire Nychos, the frilled spitty lizard as reimagined by Joe Ledbetter: 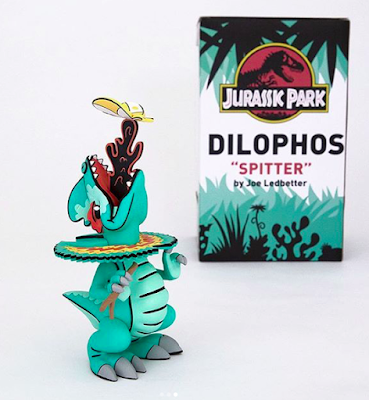 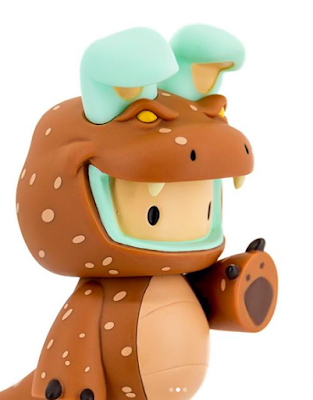 These will be available starting today (November 28th) at noon pacific time only at www.3dretro.com.