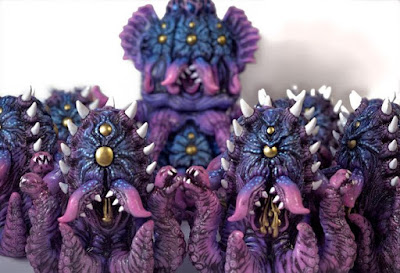 I've had this idea about human illness that I'd like to go ahead and share with you right now.  My wife and I have been battling some mutated sinus nonsense for the better part of two weeks and nothing in the world has been as satisfying to me than to crank the water in the shower to scalding, inhale the steam, and fire as much matter from my nose as I'm physically able.  There's nothing quite like having a mass dislodge from your sinus cavity and having it wash down the drain.  So while I have no power to make this a thing, wouldn't it be amazing if any time you had a cold or virus or any type of illness that you just had to evict some sentient ball of ick to know that you would be ok?  Like, once it came out you knew that you wouldn't be sick anymore.  I imagine it having little arms and probably cursing at you in German upon being exposed to the light, but the personal attacks it would lob at you would be nothing when you realized that soon all of your sniffles would be gone.

Wonder Goblin's Hag Defender looks a little more extreme than the viral core I described to you above, but he also looks like he could do some damage if you ever ingested one via undercooked fish.    Thankfully for us this dude is less interested in wrecking your immune system than he is keeping his queen safe.  This limited "Purple People Eater" colorway is going to be available via a lottery system that begins on Saturday, January 12th at 6pm est and ends 24 hours later.  And lest you think there will be some random number generator picking the winners, because they will actually be picked live on Instagram via this contraption: 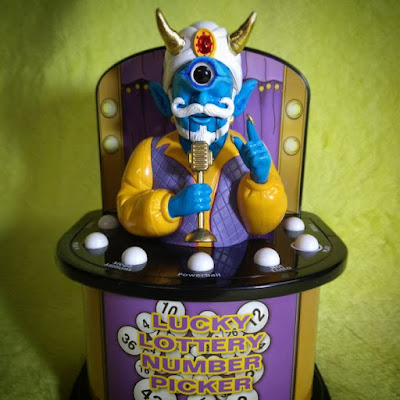 This thing is insane and I guarantee Wonder Goblin is going to get a lot of requests to purchase it.  He's not for sale, but the Hag Defenders sure will be.  Each 5 and 1/2 inch figure will retail for $180 plus shipping, so if you win have those dollar bills ready to go.  Enter the lottery by visiting https://www.wondergoblin.com. 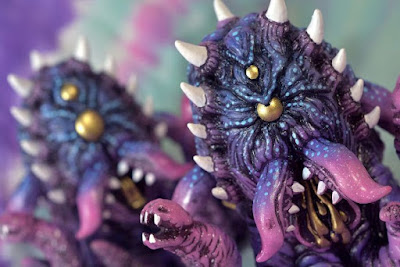