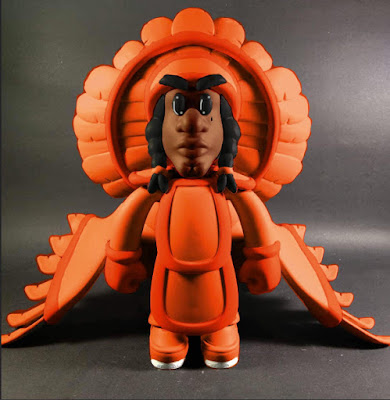 The Mummer's Parade just took place on New Year's Day in Philadelphia, and anyone not from the area most likely has no idea what I'm talking about.  It's a weird experience to say the least, and you should certainly consult Youtube to get a better understanding than I can give you.  I remember seeing a video of them before I moved to the area and I had absolutely no idea what the hell I was watching.  Their's lots of giant sequined covered costumes, string instruments, and choreography that is beyond anything you've ever seen before.  It's another one of those quirky things that makes Philadelphia great and we have certainly not cornered the market when it comes to unusual traditions.

There's not much about New Orleans that isn's a spectacle, but I'd be hard pressed to find one bigger than Mardi Gras.  Of course everyone knows all about the parade floats and drunken revelers, but had you heard of the Mardis Gras Indians?  I hadn't until artist Compton III sent me an email about his figure, paying homage to what I learned is a long standing tradition.  Again, mere words are not adequate here, so once again visit Youtube to see what they're all about.

This figure is a throwback to the origins of urban vinyl while going beyond the limitations I felt a lot of those early works set for themselves.  It's interesting to look at and invokes an aspect of American culture that until today was completely unknown to me.  I'd say that's a successful work of art, and if you want to add one of these hand painted resin figures to your collection you can do so by visiting www.spacebroccoli.com.  Each one stands 9 and 1/2 inches tall and retails for $350. 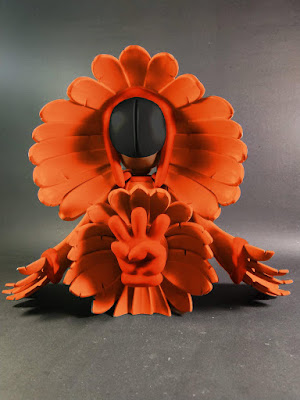