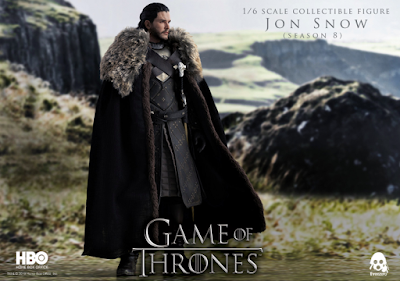 I can't believe that after eight seasons, Game of Thrones has come to an end.  I enjoyed this last season and contrary to popular internet opinion I though the finale was a fitting send off for the characters.  My wife asked me my opinion of it as soon as the show ended but I had a hard time formulating how I felt, but my only disappointment was in the fact that it was over.  I won't post spoilers here in case you haven't seen it, but know that what I'd really like to do is dissect the entire thing and show all the people that signed that redo petition what they missed out on by being butt hurt.

There were lots of twists and turns this final season, maybe none more so than with Jon Snow.  His destiny didn't pan out quite the way we all expected, but the show literally killed of its most real world famous character in season one, so we shouldn't be that surprised that they were willing to take risks.  He's been dead, been a king, been exiled, and been chastised for not petting the goodest boy in the realm.  Dude has got to be stressed out, am I right?  This figure depicts Jon as he has appeared in the final season and comes with more detail than was packed into Sansa's dress she wore at the end (did you notice the embroidery on the inside of the sleeves? ).  He looks so life like that if you tell him he knows nothing he just might scowl at you.  He also comes with all the accessories one could possibly need for any situation that could arise in Westeros or beyond.

You can preorder him now from threezero for $188 usd which includes shipping world wide.  He can be found at https://www.threezerohk.com. 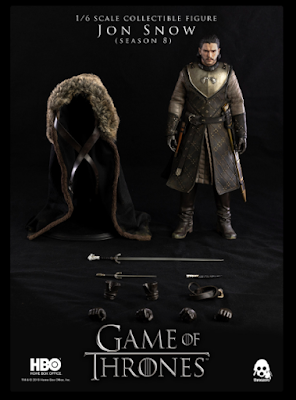