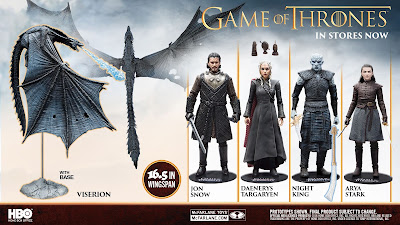 The final season of Game of Thrones is here and the online world has certainly expressed their mixed feelings about it.  I don't envy the people behind the show, as every detail will be picked apart and scrutinized like a rotten corpse being eaten by opinionated vultures.  McFarlane Toys is now offering you the chance to reenact or completely reimagine this final season however you see fit with their new line of six inch action figures.  Each one is insanely detailed as you would expect from one of their creations and come packed with enough articulation that Jon Snow will have no excuse for not petting Ghost in the last episode (supposedly it was a CGI issue, as no one interacts directly with Ghost since he has grown so big).  Daenerys Targaryen, The Night King, and Arya Stark are also available now at Wal Mart, Target, Amazon, and specialty retailers for $19.95 each. 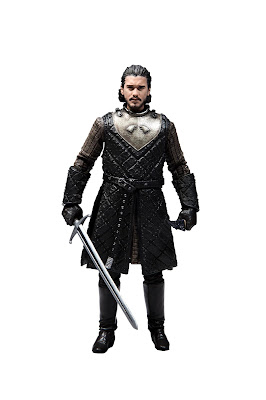 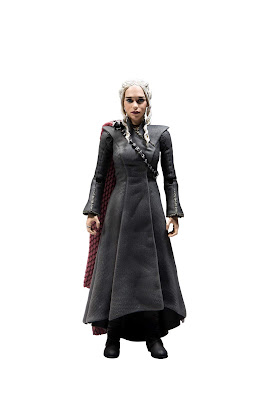 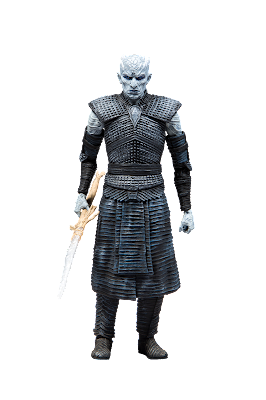 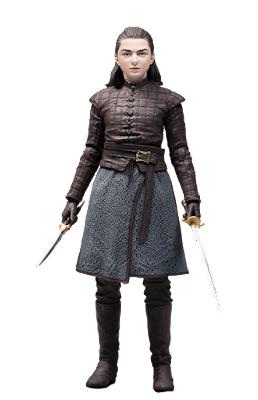 Of course you can't have an accurate recreation of Westeros without a dragon and that's why there's this ultra huge Icy Viscerion.  He sports a 16.5 inch wing span, comes with removable fire breath and a base which captures him mid flight.  You can pick him up from Amazon, Target, and Best Buy for $25.99. 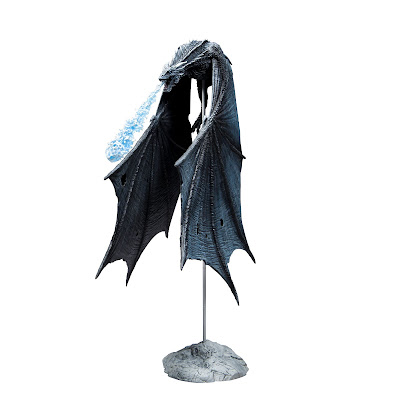