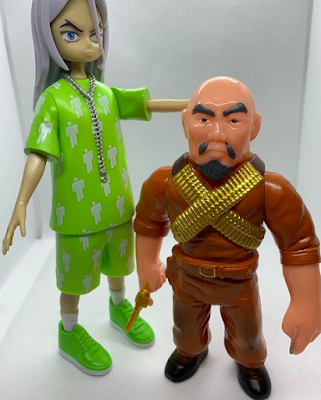 I've had a lot of nicknames in my life, none which are really fit to print.  I may have deserved one or two of them but if I'm ever asked under oath I will deny their existence.  Gerald Okamura has been branded as "The Man of Many Weapons", which if someone ever called me that I would have that airbrushed on the side of my vehicle so everyone knew what was up.  It would be on business cards, a banner outside my house, and once a year I would take out an ad in the newspaper just to remind people.  Of course Gerald doesn't have to do any of that because we all recognize him instantly from all of the movies he's been in, and now he even has his own sofubi figure.

Max Toy Company has released a few versions of these before, but the one you see above will be an exclusive to this weekend's Kaiju Con at the Japanese American National Museum in Los Angeles.   Not only will you be able to get one of these killer toys, but The Man of Many Weapons himself will be there to sign them for you.  Maybe he'll even show you some awesome moves that you should definitely not run home and try on one of your siblings.

Get more info about the event by checking out http://www.janm.org. 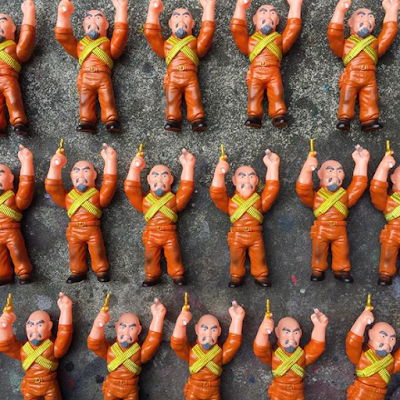