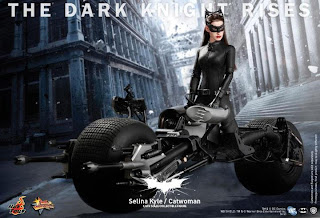 My Christmas list is now complete and this is the only thing I want. Does that make me creepy? Who cares, just look at this figure. This is the Hot Toys 1/6th scale Catwoman figure. As you can see it is based off of Anne Hathaway's portrayal of the iconic character in The Dark Knight Rises. As you can also see, I have a bit of a crush on Anne Hathaway. And who doesn't? Weirdos probably, and other people you wouldn't let babysit your kids cause their judgement is obviously skewed. 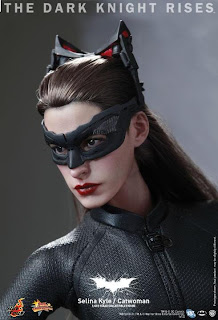 Good Lord, just look at the amount of detail they were able to capture. If you didn't know it was a toy you might be tricked into thinking it was a promo shot from the movie. Do you think she got to keep the costume after the movie was over? Naughty, naughty minx. 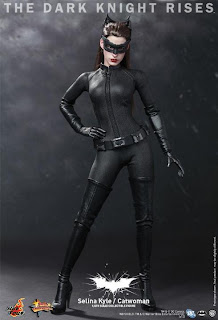 I have no idea when this comes out or what it will cost cause honestly, I'm not an investigative journalist. If they don't make this info readily available I'm not gonna go around and harass folks about it. I'm a bit lazy in that regards, plus there's a lot of good television I could be watching instead. Cable isn't cheap ya know.