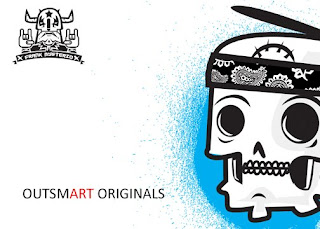 Not long ago Toy2r announced it would be closing its US division, which has led to much speculation and many, many Twitter updates.  I was sad at first because you never want to see what is an already small designer toy scene get even smaller, but like the mythical phoenix, something has indeed risen from those ashes.

Former Toy2r USA CEO Kevin Winnik wasn't gonna look at funny cat videos all day.  Nope, he went right on ahead and started his next project, Outsmart Originals.  Since he announced this new venture he has posted teaser images featuring the art of Jon-Paul Kaiser and Frank Mysterio.  For now everything else is clouded in secrecy, but just these two pictures alone is enough to get excited about.

I met Kevin briefly at New York Comic Con last year and he seems like a nice dude , so I'm glad he's still gonna be around making toys.  Plus, you really can't go and work anywhere else after you work for a toy company cause it will never be as cool.  Unless you join an outlaw motorcycle gang, but their 401k plans are rarely good. 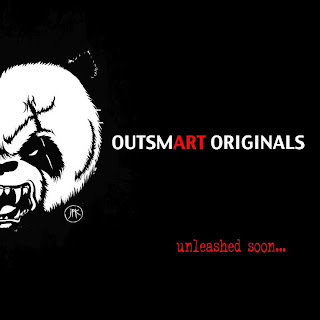