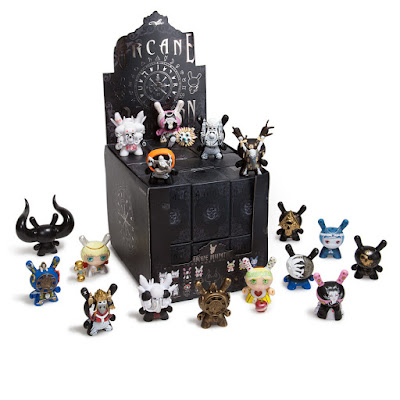 While a rarity anymore, we still have a few fortune tellers at the Jersey Shore that set up in tiny shops on the boardwalk for the amusement of tourists.  Sandwiched in between stands offering temporary tattoos and cheaply bootlegged t-shirts, they are content to sit and wait for you to enter their business rather than applying their fellow merchants more aggressive tactics.  I've been to one once and while I can't say I was enlightened, it was an interesting experience.  Then her daughter tried to upsell me on all kinds of knick knacks and very expensive cleansing spells, which were supposed to remove a curse of someone had put on me.  Suddenly what was a weird try anything once moment turned into buying a used car.  I opted for a snow cone and a couple rounds on the crane machines instead, which I totally owned so obviously my curse had nothing to do with whooping the behind of carnival games.

I don't think I've declared anything "The Greatest Dunny Series of All Time" recently, so allow me to do that right now.  This is the greatest Dunny series of all time.  Based on the tarot, this series was curated by J*Ryu and features his work alongside that of Jon-Paul Kaiser, Godmachine, Tokyo Jesus, and Camilla d'Errico.  Certainly the darkest set produced to date, these feature a crazy amount of new sculpted shapes an intricately printed designs to give each figure the most otherworldly of feels.  Add a heavy dose of the supernatural to your collection when these release tomorrow (May 12th) at www.kidrobot.com and wherever designer toys are sold. 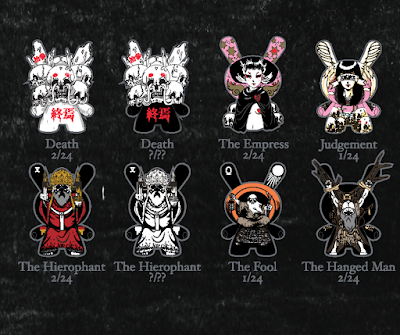 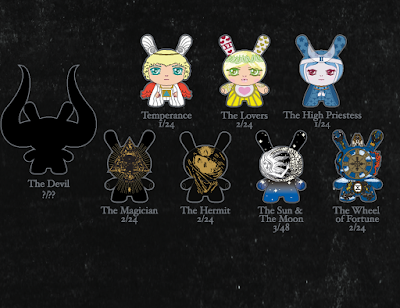