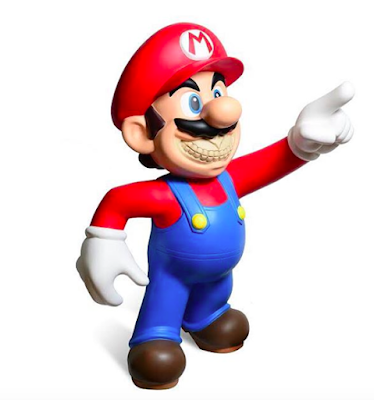 There's a very large house not far from where I live that has an equally large wall surrounding it, which obstructs your view of the main structure.  The person that owns it has ensured you have plenty to look at when you drive past, as he has gathered every fiberglass creation he could find and strewn them about his property.  There are elephants, and giraffes, and dinosaurs peaking over the wall, while the outside has dragons, Gundam robots, and even Jesus and the Virgin Mary.  The place looks like a temple built to celebrate someone's deep mental instability and I love it.  That's the kind of crap I would pull if I had a lot of money.  My home owner's association would probably get butthurt about it, which will distract them from the fact that I bought the townhouse next door and turned it into a petting zoo.  They're so dumb!

If you happen to have a spare $15,000 laying around then Strange Cat Toys has a deal for you.  Some of Ron English's most recognizable creations have gone huge, like in the realm of 4 to even 7 feet tall huge.  They ain't cheap as I mentioned before, but they're way more fun than paying back your student loans or trying to erase credit card debt.  Check out the selection at https://strangecattoys.com and just remember that one day you'll be dead and thus out of reach from collection agencies. 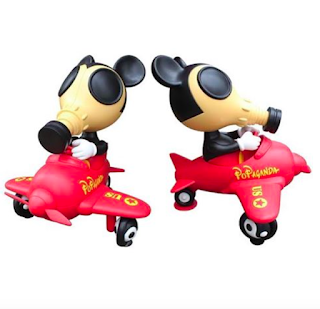 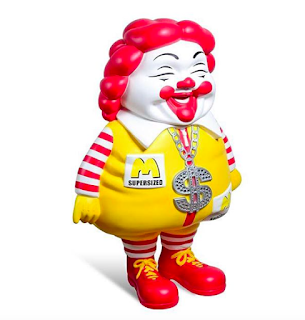