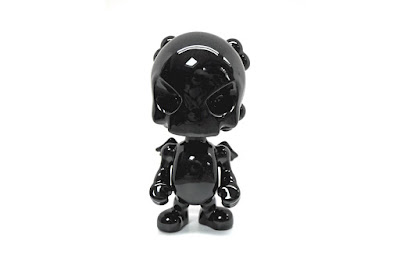 I have one experience with porcelain in my life and it involved high school ceramics class and a bad attitude.  We got to make whatever we wanted as long as there was no chance we could smoke something out of it.  The teacher had grown up in Philadelphia so he was wise to whenever some hillbilly kid thought they were being really slick.  I wasn't interested in smoking devices, but I was interested in being a weirdo so the first things I made were a set of loose teeth.  Having not fully filled my potential, nor having an adequate idea as to what I was going to do with them, I then turned my attention towards fashioning a toilet.  My methods were crude, so this was more abstract than the found and functional art of Duchamp, but it had character.  I decided it was an ash tray for the outlaw biker father I never had and a small drip of pride settled in at the bottom of my heart.  It was actually the second ash tray I had made in my life, the first being a rendition of Monstar's head from Silverhawks when I was in first grade.  The stranger thing about that is that no one I was related to ever smoke, so I have no idea why I decided everything had to be an ash tray.  Weird.

You cannot as a matter of fact use this Skullhead figure as an ash tray because that would be dumb.  Huck Gee and K. Olin Tribu present their latest edition of this porcelain figure in all black, which is quite menacing looking.  Limited to an edition of only 50, and presented with a signed COA from the artist in a wooden box, you can order one of these now by visiting https://www.artandtoys.com/en/.