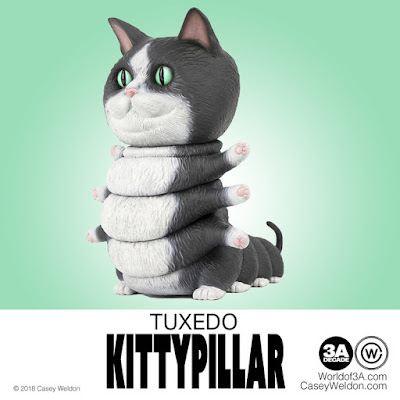 I used to be a serious germaphobe and would wash my hands after touching anything I thought could make me sick.  Even being in close proximity to something contaminated would make me feel like I was covered in sure fire death.  Living with five cats has all but cured me of the germ nightmare that I was trapped in.  Case in point: the other night I went to bed and I'm laying there a few minutes before I decide that a blanket is the way to go.  So I reach over and in the handful of microfiber luxury was a hairball.  It wasn't fresh, so the outside thankfully lacked that coating of slime that is their trademark, but not unlike a Twinkie, the inside was still filled with a gooey surprise.  Now old me would have happily thrown that blanket in a pile to be washed, gotten another one, and scrubbed my hand until the first layer of skin had been adequetly punished.  New me carefully walked to the bathroom, removed the rest of the hairball from the blanket WITH MY BARE HAND, washed my hands like it was no big deal, and returned to bed with said blanket.  I did flip it around so the filthy end was at my feet, but other than that I took no special action.

Casey Weldon is one of my favorite artists, so much so that I have one of his prints hanging next to my tv, which is considered sacred space in my house.  3A has brought one of his most famous images to toy life with this outstanding rendition of Kittypillar.  I am thankful cats are limited to only four paws in real life, because they manage to transfer plenty of litter bits with their toes as it is.  Any more methods of carrying it and my floors would transform into the Atlantic City beach front of the late '90's.  Gross.

This tuxedo version of the mighty Kittypillar stands 8 inches tall and is available for preorder right now at http://www.bambalandstore.com for $89.  The price includes shipping, which is scheduled to commence in November. 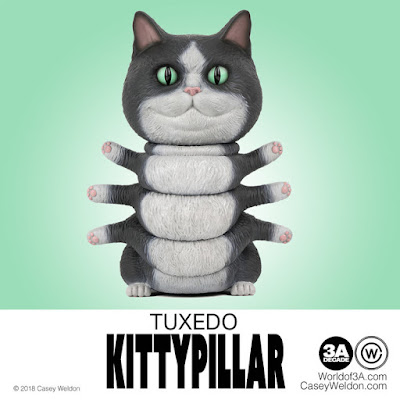 Email ThisBlogThis!Share to TwitterShare to FacebookShare to Pinterest
Labels: 3A, Casey Weldon