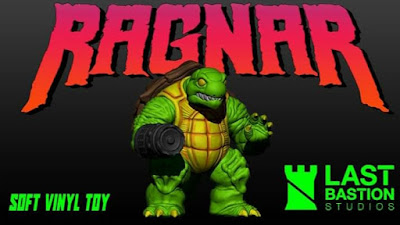 The only Ragnar I've ever known is the one made famous by the Vikings tv show.  Oddly enough he met his end after being thrown in a pit of slithering reptiles, though I doubt it is anything more than coincidence that the second Ragnar I know happens to be a turtle.  Or is it part of a deeper conspiracy involving the Illuminatti and the Reptilian Elite who secretly control the worlds oil and Mountain Dew reserves?  If you never hear from me again, you have your answer.

Ragnar the vinyl toy is a young Kaiju just trying to find his way in the world, which involves you helping him become reality.  Last Bastion Studios have a Kickstarter going right now to help fund production of this guy.  You can check out this link to become part of his story by backing it at various reward levels.  The project is very close to meeting its funding goal, so check it out and support if you can. 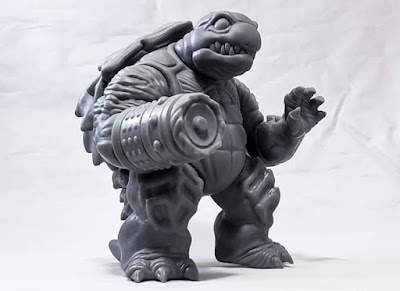