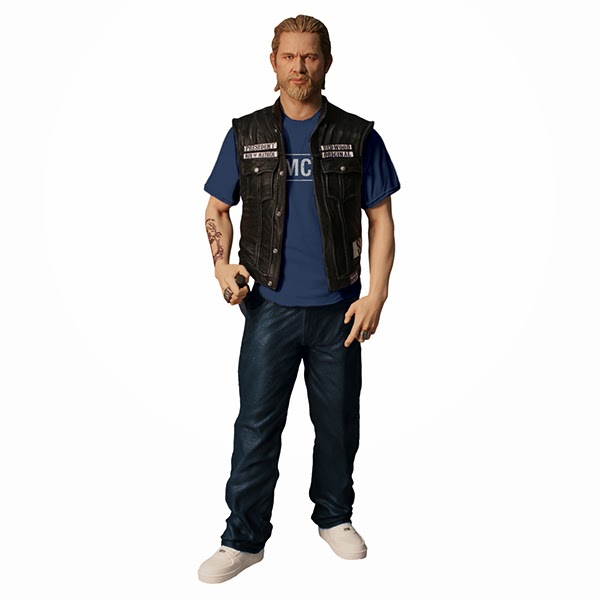 Please tell me you've watched the series finale of Sons of Anarchy by now?  I'm still gonna be a nice guy and not ruin it for you in case you were trapped in a coal mine or you just spontaneously awoke from a coma, but those are two of the only acceptable excuses you could possibly have for missing what was a fitting send off to seven years of mayhem and heartbreak.  I have only been more depressed one time in my life while watching television, and that was when the Flyers lost the Stanley Cup to the Blackhawks in 2010.  I don't pay much attention to other sports, but I love hockey and that one gutted me.  Sons of Anarchy is the only work of televised fiction that has ever come close to that.

Now that I've stopped weeping like a school girl I can get back to business.  Mezco has been releasing action figures from the series for a while now, and just cause the show is over doesn't mean they're gonna stop any time soon.  This version of Jax Teller doesn't come out until the summer, but you can preorder him now to ensure you get one when the time comes.  Head over to http://www.mezcotoyz.com/ for this and all the rest of their SOA toys.
Posted by Chris at 6:16 AM