Wanted: The Masked Marauder from The Sucklord 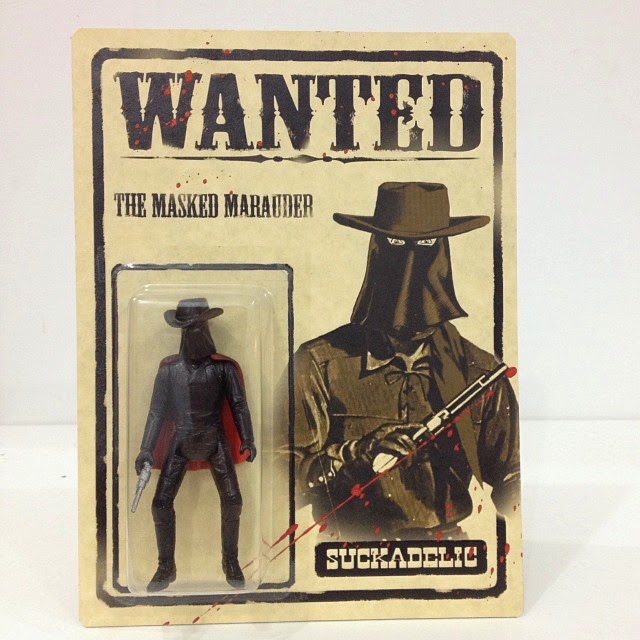 Ol Cobra Commander looks like he may be riding a horsie too big for him.  I'm just concerned that he's gonna pull his groan playing cowboy and no ones gonna take him seriously as a super villain if he walks around like he's got a poop in his trousers.  I don't care what acts of horror anyone may have committed, as soon as they display the hint of having soiled their britches the effect is ruined.

Sucklord has been on a cowboy kick recently, this being the second of his western bootleg offerings.  He made 29 of these and somehow you can still buy one.  You waiting for your W-2's to come in or something?  Buy now, regret later.