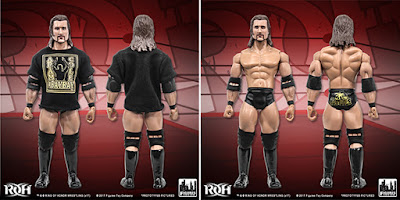 Let me tell you something (you know it's about to get serious when I say "let me tell you something"):  if you are a fan of professional wrestling and have never been to see Ring of Honor you are selling yourself short.  Sharon and I went to our first one recently when they did the War of the Worlds Tour with New Japan and we were completely blown away.  The crowd was insane, which I expected being that we were in the old ECW Arena in South Philly, but the show itself was like nothing we've ever seen.  The matches were fast paced and the characters beyond interesting.  We came home and attempted to watch what normally airs on national television and we couldn't do it.  It was like tasting filet mignon then having someone try and feed you the manager's special.


Now you can make up your own story lines and create epic battles with these new figures.  This is series two for Ring of Honor and Figures Toy Company and features Adam Cole, Delirious, Bobby Fish, and Kyle O'Reilly.  They're available right now at http://figurestoycompany.com. 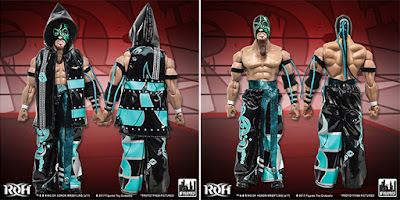 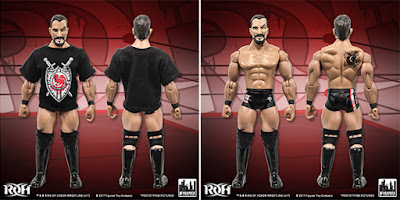 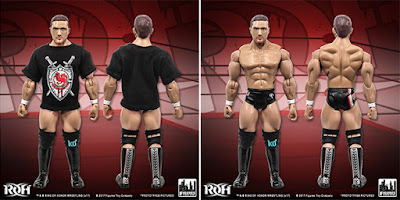 On a personal note, Jinxed in Philadelphia and myself hosted a custom Munny show a few years back and Delirious actually worked on a figure for us, so it's pretty cool to see him get his own in this series.  In fact, I found the picture of it: 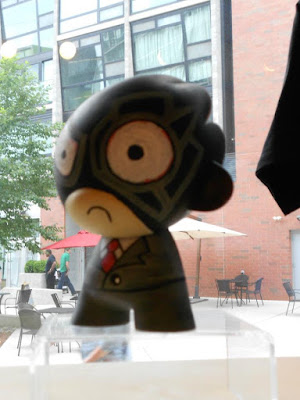