Baby Proto Villain from The Sucklord 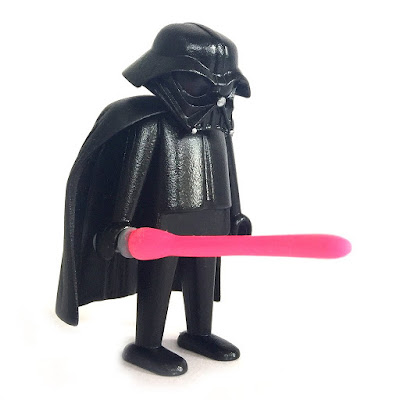 There was a time in the not so distant past when I was all about collecting Star Wars.  But some of you might have noticed that they produce literal tons of that stuff every year, so I narrowed my focus down to just Darth Vader figures, because he is my favorite character from the films.  Others of you may have noticed that they would release new Darth Vader figures all the time but they were the exact same just repackaged in hopes no one noticed.  I played the game for a while but forced myself to abandon it because no matter how you arranged the figures you could not as a matter of fact build a suitable living structure from them, and to own them all would require my mortgage payment to be a tad short every month.  Sometimes practicality stands victorious.

The Sucklord has taken my favorite character from my favorite movie and made him small and cute.  This Baby Proto Villain comes bagged with a header card and is available right now for $45 from www.suckadelic.com.