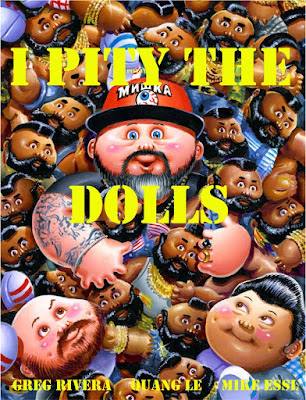 I love looking at people's collections especially when they've made a point to collect every possible item in their range of interest.  Recently I went to Cooter's Garage in Luray, VA, which sounds like a place that could easily be surrounded with crime scene tape most of the year.  It's owned by the guy that played Cooter on the Dukes of Hazzard and beyond just being a replica of the set it boasts a huge memorabilia collection from the show.  That's the kind of insanity I'm into when it comes to collecting and that's exactly what Greg Mishka has done with his hero, Mr. T.  While his hoard doesn't occupy a large building in the Shenandoah Valley, or offer $5 photos inside the General Lee (which I happily paid, even though they wouldn't let me slide across the hood) it will grace the pages of the book he's trying to put together.  The collection, not the picture.  I'm stingy with licensing my image. 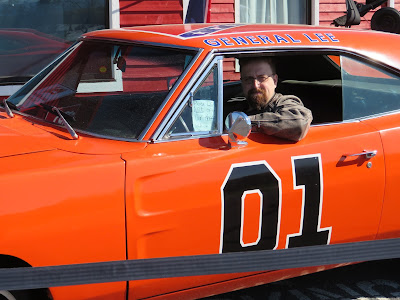 Kinda bummed that the doors weren't welded shut.  Also kinda thankful that my dad body didn't have to try and fit through the window.


I say "trying"because right now he's got a Kickstarter campaign which aims to fund publication.  It will feature what has been confirmed the largest Mr. T collection in the world, including over 200 handmade Mrs. Martha's Orginal plush dolls.  Seeing them all together kinda freaks me out a little, and I hope Greg has a well tested padlock on the door to that room.  I'm not saying they might come to life all zombie like and snack on your intestines, but I'm not saying they won't either. 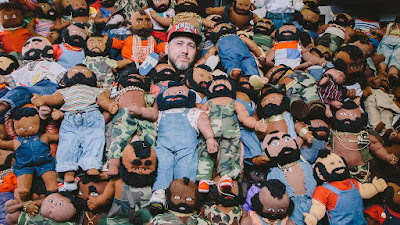 There's tons of rewards to be had, including exclusive Mishka gear only available as part of this campaign and even vintage collectables from his secret stash.  If you've been looking for ways to feel like Oprah you too can now be a part of a literary success story by visiting the Kickstarter campaign to pay for this, sucka.  Check out the link here.